Do you remember Teletext Worms? 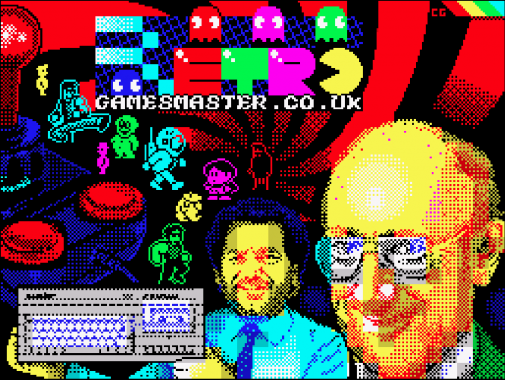 Bracey was formerly the VP of development at Ocean Software.

Programmed Renegade and Combat School to the ZX Spectrum, as well as produce versions of hit movies such as Batman, Robocop and Top Gun.

Ocean France created some of the most polished coin-op conversions for the Amiga. Marc Djan was the head of Ocean France.

Music for Frankenstein, Sink or Swim and Burning Rubber.

Worked on the Spectrum and Game Boy been responsible for a number of great arcade conversions such as Cabal and Midnight Resistance.

Has been in the industry since 1983 he worked on his first title, Pedro’s Garden for the “legendary” and ill-fated Imagine Software. Worked for Ocean, Team 17, Vicarious Visions, Probe, Magnetic Fields, Atari and many others.

Jon Hare
Hare was co-designer and artist of all of Sensible’s hits prior to 1992 including Parallax, Wizball, Microprose Soccer, SEUCK and Wizkid. He was also the lead designer and creative director of Mega Lo Mania, the Sensible Soccer series and the Cannon Fodder series, some of the most popular software franchises of the mid 1990s.

During the early 80’s home computer boom, a number of young computer game programmers appeared on the scene, each home computer format had their own prominent stars. One of the most well known and certainly popular, was the boy genius Antony ‘Tony’ Crowther (aka Ratt), who quickly became a legend on the Commodore 64 game scene.

He is known for creating many soundtracks during the 1980s for home computer games, including such Commodore 64 hits as The Last Ninja (with Anthony Lees),[2] Trap, and Deflektor. Daglish teamed up with fellow C64 musician and prolific programmer Tony Crowther, forming W.E.M.U.S.I.C., which stood for “We Make Use of Sound in Computers”.

Industry pioneer Andrew Hewson has published hit titles in the 8-bit and 16-bit eras, including Uridium, Paradroid, Nebulus, and Pinball Fantasies. He was also the founding chairman of UK trade body ELSPA (now known as UKIE).

Programmer for games including Exolon, Cybernoid and Stormlord.

John is a veteran of the games industry and has 20 years of experience on nearly every platform imaginable. After working for Imagine, John formed Denton Design in 1984 and went on to write several classic games including Frankie Goes To Hollywood.

RJ Mical pioneer and an influential figure in the video game industry. He created video games at Williams Electronics, helped invent the Amiga computer,[1][2] and co-invented the Atari Lynx and the 3DO Interactive Multiplayer with Dave Needle.[3] He was the central developer of Amiga’s Intuition user interface and was well known at early Amiga gatherings. Mical was the chief architect of the Fathammer mobile game engine