Thank you for this interview it is an honour for me to interview such a Legend…..

That’s very kind of you, I feel honoured to have been part of something that many people so fondly remember. It was such a wonderful time, full of innovation and technical bedazzlement I genuinely feel so blessed to have been given the opportunity to work in the industry during those magical times and to have worked on such cool titles along the way too!

The Commodore VIC-20 was your first computer is that your favourite computer or do you have a different favourite?

That’s a good question I’m really torn between the Commodore C64 and the Amiga to be honest. I still have very fond memories of the Vic-20 and those early rather crude looking games which secured my interest in the cathode ray world of computer gaming. I wanted a C64 from the moment I saw one, so when my parents bought me a C128 for Christmas it really was the best thing ever and from then on I was undeniably at the mercy of these machines. Later the feeling returned for a sequel when I bought my first Amiga and I can only describe the sheer overwhelming elation of owning the new 16bit Commodore. I guess it was for me at the time the ultimate upgrade creating many a good memory over the years that followed. 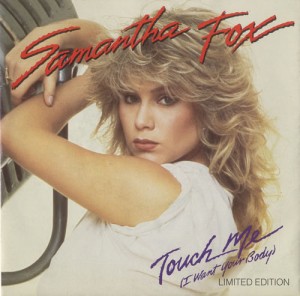 What did you want to do when you was at school for a career and what was your first job?

I originally wanted to go into radio, initially as a technician working on all the techno wizardy that goes on behind the scenes as I held quite an interest in electronics during my school days. I guess my plan was to then try and work my way through to either production or presenting if I had the right face for it of course!
My very, very first job was in the butchers department of the local Sainsbury’s where I spent far too long in the meat freezers. I recall Sam Fox had a hit with Touch Me in the UK Charts at the time, funny how that song always reminds me of having a frozen nose! I then went on to work for my Uncle as a warehouseman and I later got a job with British Rail as a signal & track technician before landing my first freelance job as an Amiga artist.

When did you realise you wanted to get into game industry and how did it happen was it good freelancing? 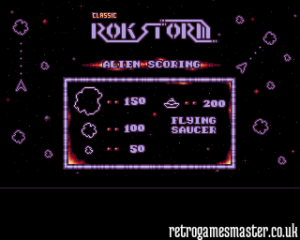 I’d developed a keen interest in computing at school during the early days of what is now being called the Britsoft games industry, we had a few BBC micros in the computer studies class and a strange black beast of a machine which I recall was called a Memotech MTX. To this day that machine still conjures up the feeling of being in the presence of an MCP like leviathan. Many of my school friends had Spectrums, Commodores and Ataris so I was surrounded with 8bit micros and I soon became intrigued with how computers worked, more importantly how to program them. I began tinkering with BASIC as many did at the time, usually spending hours of blood, sweat and tears typing in magazine listings usually followed by the same amount of time again trying to work out why I was still seeing a blank screen. Kids today have it so easy don’t they? You would have thought this would have deterred me but I wanted to learn more and tinkered around before coming to the gleeful realisation that making money from this lonesome activity was a real possibility. 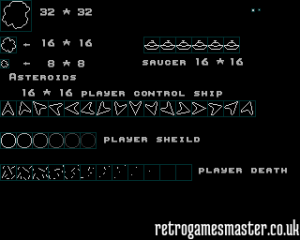 My very first paid work in the industry was for Power House Publishing who released some pretty poor £1.99 titles back in the day. I did a game on the C64 called Battle Ball, created in S.E.U.C.K. which I’d hacked about a bit to change the defacto title screen and all from Chris and Jon’s excellent DIY game making tool. I took a punt and sent it to a few publishers and as I expected had quite a few rejection letters before I received surprisingly a publishing offer from Power House for a £1000. That was it really, I used the money to buy an Amiga 1000 and got into Dpaint which was mind blowing at the time. My freelancing break came when a mate told me a friend of his had just landed a publishing deal for a game he had written and the publisher was looking for artists. I sent a disc of my very early Amiga work to them and to my absolute surprise I got a call back with an offer of some freelance work. Sorted!

What sort of jobs did you do freelancing and who for? 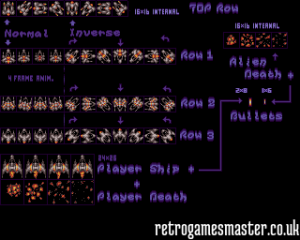 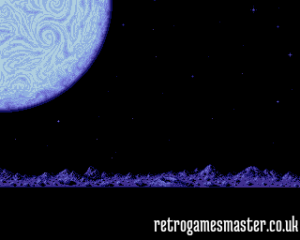 My earliest work during the pre-Sensible days was with a publisher called Impressions who mostly sold strategy based games, they paid me to do the art on an arcade compilation called Renaissance-1. Pretty much most of my work was always on the full games, so included all the background tiles, sprites, fonts, title screens, the usual array of stuff required for an Amiga/ST game. My time freelancing came to an end after Jops offered me the job with Sensible. Though in 2000 I went back to freelancing again and worked on various titles over a variety of platforms.

Funnily enough I did the sprites on the Xbox 360 version of Sensible Soccer which was quite nice in a cosy cup of tea sort of way.

Your first project at Sensible Software was Sim Brick I remember playing that so you had a long night making it? 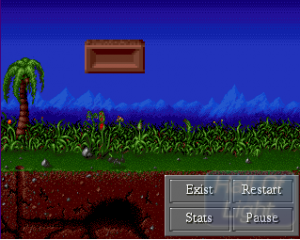 Ha ha, yes it was crazy to think I pulled an all nighter for that but I suppose I was young and I wanted to make a good impression. At that age what better way to impress and show my dedication in the new job than to just work through until it’s done. That was the start of many an all nighter thereafter as we did quite a few of those at Sensible over the course of the years that followed. I guess all joking aside I always tried to do the best I possibly could and strived to constantly challenge myself so more often than not I would zone out and just work until something looked right and looked finished. Time would often be just a number on the clock as hours would pass as I pixel pushed through the night.. Even on something like Sim Brick which you could argue was really just a joke, the art still had to look good

Was it easy to fit in at sensible who was the first person who made you feel welcome? 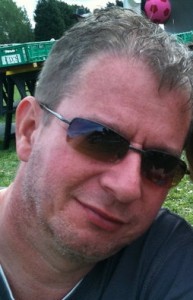 I was in awe of them at first as I’d been a fan of their C64 games especially Wizball on which I’d spent a whole weekend playing to completion, so working with the guys who had made this awesome game was quite something. I recall being quite nervous the first day I started and thought to myself was I good enough to do it? Was I able to live up to what they expected of me? It was new to Jon and Chris too as I know I was the first artist they had worked with internally under their direct control so I suppose it was mutually new ground for us both.

Despite the initial nerves I felt very welcome and though I used to be rather shy back then, quite painfully I’d say at times, I never ever felt like I was an outsider, they really made you feel part of the team and it was a great start to the rather wonderful years that followed.

I immediately hit it off with Chris Chapman who has remained a good friend to this day. I guess it certainly helps if you get along with the people you work with especially in such a highly creative yet deeply technical job.

What is the funniest thing and most frustrating thing that happened to you at Sensible Software?

There were lots of funny moments. I would say Chris Yates’ disposing of old computer hardware out of the 3rd floor window was a funny moment if not quite random witnessing a CRT monitor falling past your window!. Shooting the videos for Cannon Fodder and Sensible Golf were funny too we had a great time making those.

I don’t recall having many moments I could label as being frustrating. The only one that stands out is having to redraw the poppy on Cannon Fodder at zero hour due to the Royal British Legion threatening us with legal action . This was of course for using their poppy image which we had no idea was going to cause problems at the time. That was insanely frustrating as I had had enough of Cannon Fodder, we had been working solidly on it for what seemed like an eternity and just when we all thought it was done, something like that happens. That was frustrating indeed!

What is the favourite art you have worked on during your time at Sensible? 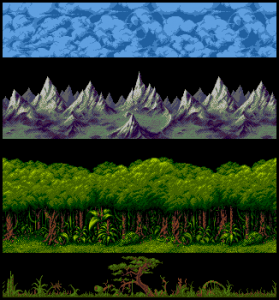 That’s a good question! Whatever I work on I strive to do my best and am often my own worst critic, but with Cannon Fodder not only was I pushing myself I was also trying out new ideas and trying to impress the guys with my creations. One such idea I stumbled upon was something I later found out was called sub pixel rendering (as it is known now), but at the time I just called it animating with colour. I used this method on the soldier sprites to create the illusion of movement when I wanted to move a pixel without having the space to move a pixel if that makes sense? This technique can best be seen on the soldiers walking down animation, the arms and legs don’t move much but the use of light and dark shades when played in a sequence provide the necessary illusion of movement. 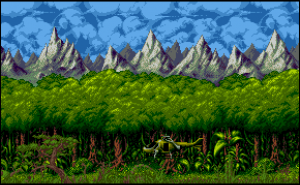 Another hi-light in my Sensible portfolio is the the parallax mission intro sections for Cannon Fodder. I wanted to create something that would not look out of place in an arcade game and I think these images worked so well it’s a shame we didn’t do more as I could have drawn these happily time and time again. We used the Amiga hardware beautifully to achieve the desired effect with each layer using just 7 colours and with careful alignment of the dual play fields along with palette switching the whole sequence looked great when it all came together.