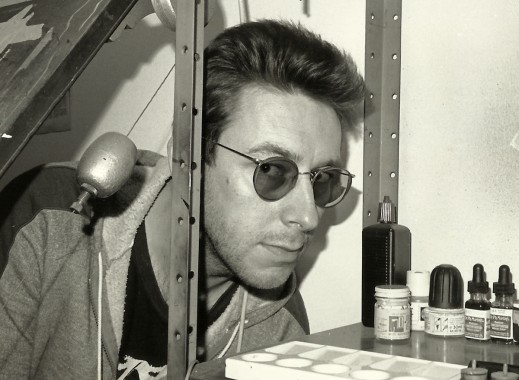 Sadly Bob Wakelin passed away 21st January 2018 he will be a loss to so many an integral part of Ocean such a talent RIP BOB. (Peter Ward)

Bob leaves a legacy that lives on in the hearts of millions of gamers and in the talent of the multitude of artists he inspired. It was a privilege to know him – he will be greatly missed by everyone whose lives he touched both in person and through his work … and that’s a lot of people! R.I.P. Bob.. (Gary Bracey)

* The first thing I wanted to be was be a Palaeontologist, because all young boys love dinosaurs, then I got a telescope for Christmas and decided I wanted to be an Astronomer. Eventually I realised I was pretty good at drawing things exploding and crashing and decided I’d be an artist. I went to art school for three years and after six months’ unemployment got a job in Liverpool (I lived in North Wales at the time) designing posters for rock concerts and discos for a small company called Modula. I also worked on several album sleeves during this time.

How did you get into designing box art for Ocean?

It was completely accidental. I decided to go freelance, doing odd advertising jobs and fantasy art for various publications, then I talked a friend into sharing a studio space with me, thinking we could start a small art and design studio. This friend, Blair Wilkins, had already done a couple of early game boxes for Ocean and dragged me along to a meeting with David Ward and Jon Woods. I took some samples along and they were impressed enough to offer me some work. Initially, Blair and myself decided to work together on the box art – we’d each draw and paint the bits we were best at. Unfortunately, it became obvious that Blair wasn’t capable of turning up to work on time and meeting deadlines, so I took over all the art. 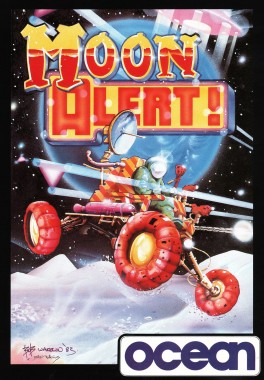 What was your first project at Ocean Software?

I think it was Moon Alert, but it could have been Road Frog or even Caterpilla. We were banging these out several at a time in ’83.

Was it easy to fit in at Ocean who was the first person who made you feel welcome?

I was a freelancer so I didn’t have to fit in with anybody, just produce artwork they liked! When I’d deliver the art I was always made to feel welcome by David Ward and Steve Blower – particularly Steve who would frequently encourage me to drink lots of beer when we’d go for lunch. David would get me a sandwich.

How long did it take you to design the ocean logo and did you have many different designs?

I didn’t design the Ocean logo, it’s a mystery as to who came up with the original, flat-coloured logo but I heard they asked a local printer to come up with something for letterheads and stationery and that became the style of the logo. I was asked to zap it up a little to make it more illustrative and give it more depth, which is what I did.

I understand you had a very busy schedule and sometimes doing 3 designs a week this must have been very stressful?

At that point I didn’t find it stressful at all, I was young enough to take it all in my stride. I could work all night whenever I needed to. Also, there would be a steady stream of friends calling around, entertaining me all day while I was working – making drinks, telling tales and rolling joints. 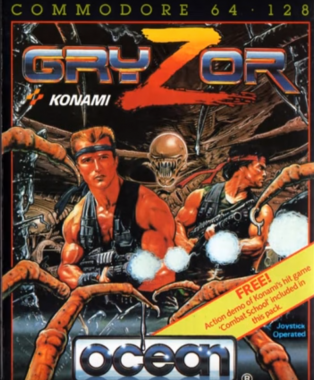 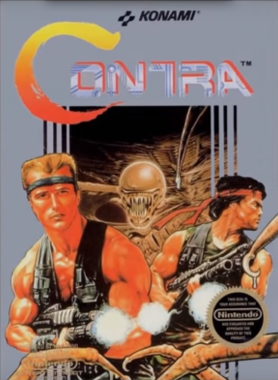 In the design industry back then I understand that some copying of people’s work went on; was your aware of any of this? I see your Contra Cover for the NES was then used for Gryzor did you design both covers?

I think it worked like this: my art was originally done for Gryzor – the ‘Alien’ style background was pasted  in Ocean’s studio, taken from the original Contra which had different characters in the foreground. Then my Gryzor characters were used on new incarnations of the Contra game. Yes, a lot of illustrative plagiarism went on in the early games industry, mostly due to the ridiculous deadlines most people were working to. The same thing applied to the games themselves… “if it sells, copy it!” 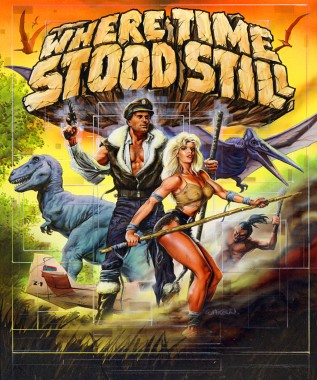 What was the favourite art you have worked on during your time at Ocean?

There were a few I really enjoyed working on, I can’t really settle on one. Where Time Stood Still, Highlander and Operation Wolf were three of the most fun. It’s a shame that Highlander was such a bad game!

I honestly can’t think of anything funny that happened to me at Ocean, being a freelancer I didn’t have much to do with the rest of the staff. There were many frustrating things, usually caused by my artwork being altered or parts of it obliterated by typography.

Did you hand draw your art back then and did computers get used or was that later in your career and if so what software did you use?

Everything was hand drawn, I didn’t own a computer. I only bought a computer in the late 90s so I could learn Photoshop.

Did you play any of the games and if so what was your favourite and on what platform?

The only games I played were coin-op games like Asteroids and Galaxian in the pub. I always found the only way for me to get involved in a game was to drink beer. 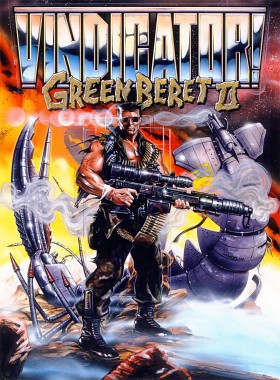 In my opinion your art was what made Ocean so successful I still have much fondness to your art and thank you for that.  Do you feel the same way?

I was told that Jon Woods expressed the opinion that without my art, Ocean would not have been as successful. Thanks, Jon… but where’s the cheque?  I know that many people bought some pretty poor games because of my artwork, Ocean would occasionally ask me to put extra work into a piece because  the game wasn’t great – sorry, but at least the purchasers got some artwork they loved! I always did the best job I could within budget and time restraints and it’s great

that so many people have such affection for my art.

The last job I did for Ocean was, I think, in 1995. We’d had a row over my artwork fees and the relationship broke down. They weren’t producing many games by that time and a year later they’d sold the company, so it wasn’t a big deal.

Are you still in touch with anyone from your Ocean times?

Not really. I occasionally have a word or two with Steve Blower – although I’ve since I’ve become friends with some of the programmers that I didn’t meet at the time through social media, which is cool. 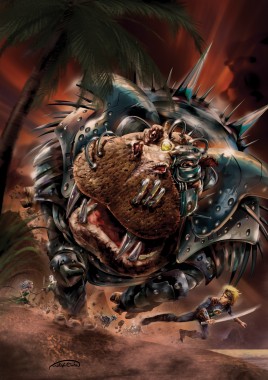 Tell us what you’re currently working on?

I’m mainly working on a series of book covers for a series called Sea Quest, and I’m involved in various smaller jobs for kids’ books. I’m quite limited as to the amount of work I can take on due to ill-health.

Everything looks the same and no fun at all. It’s just corporate blandness like most other products.