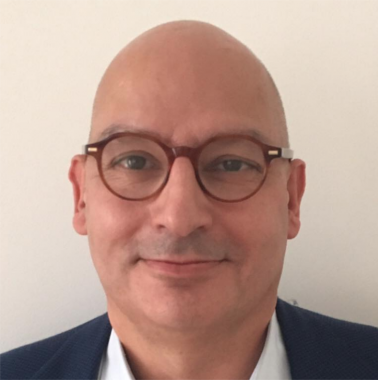 Thank you for this interview it is an honour for me to interview such a Legend…..

I cannot really remember but something around the sport business.

What was your first computer and is that your favourite computer or do you have a different favourite?

My first computer was an Atari ST and my favorite one was the 1st Mac . it was so advanced with his small disk , his mouse and his first windows OS .

For Christmas 1982 I felt in love with a TV wall full of Atari VCS games . I immediately decide to understand how it was working . As soon as it was released , I ‘ve bought the 1st Atari 800 and I’ve started to understand programming .

What was your first day at Ocean France like and who made you feel welcome?

In fact in 1987 I was doing two things at that the same time .
-1 I was editor of the French video Games Mag « Gen 4 » that I’ve created . So I was travelling every month to UK to visit the publishers and bringing back News etc..
-2 I had created a video game for ST and Amiga called Hotball . a 2 on 2 indoor football game .

This game I’ve designed and and I’ve drawn the animations .
Many people contacted me to publish that game .

David Ward, Ocean Software CEO visit me in Paris and I’ve proposed him to open a studio in France dedicated to the 16 bit Games . In fact in the death of the Thomson 8 bits computer we had many programmers who was looking for jo bs when most of the UK onces was busy on the 8 Bits

So I’ve build a 2 teams to work on Operation Wolf and Bad Dudes , I’ve found space in Paris suburb and We‘d started to work . I believe I can say David Ward welcomed me .

Operation wolf have been released for Christmas and was a huge success world wide.

What 16bit machine was the easiest to work on and what was the most complex?

I can’t really compare but all machines what i can say is that at that time hardware was so lite that we really had to push the machine in order to get something nice . Remember that at that time Assembly was the only acceptable language .

What Software did you use to program the games?

I understand Operation Wolf was the first game made by the team what was the most satisfying part of the development and the most frustrating?

Most frustrating , In fact at that time programers was real Geeks and I was managing the all team by myself . sometime thing was very frustrating because it was not working the way I wanted and the only people I would complain was myself. I didn’t sleep that well at that time . Most satisfying was the result , the graphics , and the awards we got.

Do you know if any of the unreleased games are still around and please give us the reason the games did not come out?

WEC Le Mans
Liquid Kids (complete but never published)
Snow Bros (complete but never published)
Hammerin’ Harry
Basically the communication wasn’t that easy at that time we didn’t have emails … so when the team was nearly free , I was looking in the TAITO arcades for new interesting games to publish mainly because of the good relationship OCEAN and with them .
Unfortunately we never been able to secure Liquid , Snow B and Hammering’ harry rights .

For WEC le Mans , we decided to move from development subsidiary to sales and marketing so we’ve stopped the development .

I understand you done art for some of the games what is your favourite?

Honestly I did certainly work on most of those games , perhaps Operation Wolf because it was the first one .

What is the funniest thing and most frustrating thing that happened to you at Ocean France?

Most frustrating I’ve told you , Funniest was visiting Paris with Gary Bracey.

What is your favourite game you have worked on during your time at Ocean France?

In Fact i did love all of them but my favourite has been release in 1993 by the only team I kept after closing the studio . It was Mr Nutz .

Did you ever meet up with the UK team?

Yes a lot i was coming quite often to Manchester.

When and why did you leave Ocean France?

After OCEAN Was sold to INFOGRAME . I was there from day 1 to the last day .

Would you ever like to reunite the old Ocean team for a new project and are you in touch with many of the old team?

After Living OCEAN , I was partner in 2 Studio Power and Magic and Planet Interactive. We had old ocean peoples in both of them .

I do 2 things :
-1 Merchandising programs for games like Call of Duty etc…

-2 I am launching a star up to make shipping easy, w’ll pick , pack and ship your stuff for the lowest price all around the world .

I believe that we are reaching the end of the console market . I am not sure we’ll have a PS5 etc… so bye bye boxes .

The Smartphone games bring us back to new kind of gameplay . I like to play on Smartphones , iPads and Apple TV .

Tetris the best game ever ( for me )

too many to tell

Check out the many other Ocean Interviews