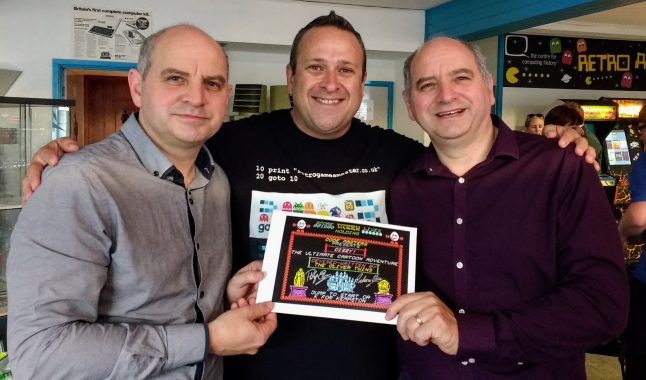 Interview with the Oliver Twins by Peter Ward

“Hello and welcome to Retrogamesmaster It is such an honour to interview two of the pioneers of the gaming industry who gave so much joy to so many and still do including me.
Before we start this interview I would like to mention the kickstarter project at http://bit.ly/KSLetsGoDizzy

A book written by Chris Wilkins The story of the Oliver Twins needs your backing; Chris Has known Philip and Andrew for 10 years and has written some great retro books on Ocean Software and U.S Gold and the beloved ZX Spectrum check out more information at http://www.fusionretrobooks.com” 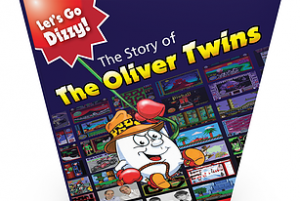 “Lets get started then; What is your first gaming experience?”
“First electronics games were Merlin & a Binatone Pong console – TV Game about 1980 in about 81 we saw Space Invaders and a few other really earlyarcade machines. About the same time we used to go around a friend’s house, as his father bought an Apple 2, and we played Zork, Tax-Man, Night Mission and Chop Lifter.”

“What got you into programming games?”
“Our brother bought a second hand ZX81 in early 82 and put it under the family TV and we learned how to program that with the limited Basic, RAM and paper keyboard. We learnt a very important lesson from that… that we needed a better computer ! We bought a Dragon 32 in Sept ’82 (day of launch!) – which was colour, had 32K of RAM and a great keyboard.From this we moved to a BBC Model B sometime in ’83. On this we were able to learn Assembler (machine code). In ’85 we bought an Amstrad 664” 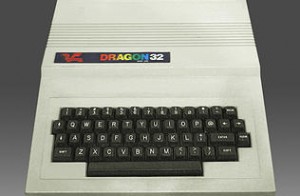 “What development tools did you use to make your games?”
“We used the same machine to program on as the games would run on, with the operating system build in.When we got an Amstrad 664, we bought a plug-on MAXAM assembler (Z80) ROM. This was brilliant.A year later, when our games were selling extremely well we started to port our games to the Spectrum (late ’86 onwards) and we did this by programming and compiling on the Amstrad and then sending the code to the Spectrum down a bespoke cable to the spectrum. This Cable with Chips was made by a friend – we had 2 names for it… either the SPLINK (Spectrum link) cable or SPAM (Spectrum Amstrad) cable. “ 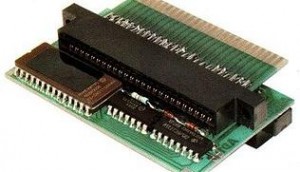 “Did you ever have any any disagreements during the development of any of your games?”
“None that we can remember. We were, and are, always very collaborative in our ideas and work. A simple rule we’ve always adopted, the best ideas are the ones to go with. ‘best’ must be logically explained and defended. It also helps we think very similarly, and always draw from identical experiences being twins… so we were and still are always in sync. anyway. “ 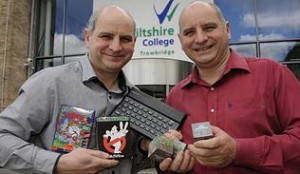 “What was the most problematic game you ever programmed?”
“Yes, many technical problems, we were “making it up as we went”. There was practically no-one to learn from, no internet, very few books that only covered the basics.I guess most memorable problems we had were hardware scrolling the Amstrad… we’d seen a couple of games do this, so we knew it was possible, but we never solved it. We did have several attempts, spending weeks trying to solve this. The other one was creating good, fast vector maths for Advanced Pinball Simulator in 8 bit Z80. Our maths wasn’t good enough and eventually we dropped the real maths and went with a ‘bodge’ solution. We got away with it, as most people loved the game and it did still play pretty well.”

“What was it like to work on porting classics like Theme Park and Syndicate to the Megadrive/Mega CD and what were the hurdles if any?”
“I (Philip) was busy on the business of running the company, staffing and pitching for work etc. Andrew Oliver did all the code on this. Andrew – Our relationship with Domark (later renamed Eidos) started when we stopped working with Codemasters. Philip had got a contract with them to finish Marko’s Magic Football after the internal team fell apart. We completed that and were offered contracts to port Theme Park and Syndicate to console. It was a little strange taking these games from PC to SEGA Mega Drive and Mega CD, because I’d always been used to writing games in assembler and having ALL the code in a neat format and compiling all in one action. These games had been written largely in C, but with sections in assembler and using many 3rd partly libraries, a common and sensible way to develop on PC, because of all the windows interfaces and different possible configurations. 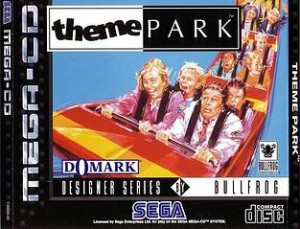 We agreed to do the projects from looking at the game and playing them. We were fairly sure that they should work, if they could provide all the source assets. But, when I first looked at the size, they were both around 10 times the available Mega Drive memory (RAM). So, it worried me greatly, and whilst converting them all to assembler over the next few weeks, I was constantly thinking, ‘How the hell will these fit, and what major features am I going to have to remove’. 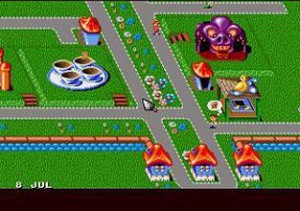 But I thought, let’s just get it all working, and then work out how to optimise later. Luckily, to my huge relieve, assembler is far more efficient than C, and not linking to all these 3rd party graphics libraries and sound libraries was a massive saving and the games went across pretty smoothly and retained most of their look and functionality, although there was fair bit of rework needed around changing from keyboard and mouse to the controller. From memory the first took 4-5 months and the next took around 3. Myself coding and an artist reconfiguring graphics and maps.””

“Do you have a favourite game you made?”

“Wow – that’s like saying chose your favourite child! We
created a lot of games that we are very proud of. It’s great that Dizzy is so fondly remembered by so many and our favourites were Fantasy World Dizzy, where we introduced the Yolkfolk and created it all in just one month, and then the massive Fantastic Dizzy that took about a year to write and included several mini-games that spawned Bubble Dizzy & Dizzy down the Rapids. Some of the Simulators worked really well like Grand Prix Simulator 2. Firehawk was pretty cool too.” 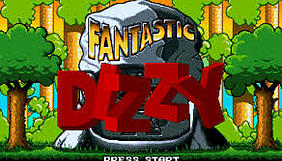 “My favourite computer was my Amiga and console the Megadrive do you have a favourite?”

“I assume you are aware that the hardware and therefore capabilities of the Amiga and Megadrive were very similar.The BBC Micro Model B was an awesome learning machine. We loved the Amstrad CPC computers – the best being the 6128. This was our main development machine for 3+ years and we were extremely successful selling game on this computer too – so I guess that’s got to be our favourite.” 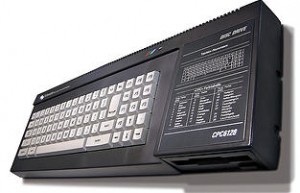 “What is your favourite retro game?

“Philip – always gotta be Pac-Man – the original, the classic, the game that opened games to millions! Obviously we were very proud to be given the opportunity to produce Pac-Man World 3 for the 25th Anniversary” 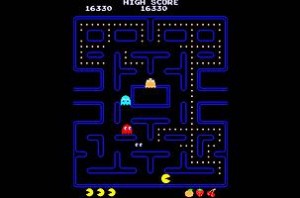 “Andrew – my favourite has got to be Mario Kart – the share playability, variety. I love multiplayer games, but so many miss balancing the players, and Mario Kart solves this so elegantly.” 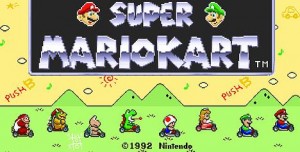 “Who is the better gamer?”

“We’re both pretty evenly matched, which is good since when we play each other, we don’t know who will win – and we’re both very competitive.”

“Do you think anything has is lacking in modern day gaming compared to the 8-16bit era?”

“It’s a very different world and we’re also in a very different place to judge in the same way. When we were at school, it was fun to learn and play new games, but they were mostly very simple and isolated experiences. Nowadays the technology is mind-blowing, the games and variety are vast, but our time to play is very limited as we have so many other commitments.”

“Would you ever make another 2D Dizzy game?”

“I think it’s highly unlikely. Sorry. We just can’t see a reason to when there’s so much that can be achieved in SkySaga.”

“Are you surprised at the press and positive feedback for Wonderland Dizzy?

“We’re very happy with the great positive response to
Wonderland Dizzy. Are we surprised? Not really. Dizzy was extremely popular back over 20 years ago, when many journalists, bloggers and YouTubers were growing up. And it wasn’t just about the game, it was about capturing, delivering, and serving up is a very easy format a piece of Retro Gaming. People could say to today’s younger gamers, ‘hey try this… this is what I grew up on’. And obviously it was a funny and true story.” 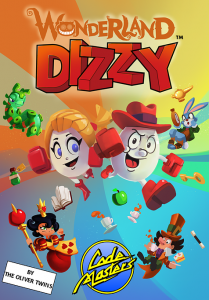 “When we were at school – people would loan BBC B – 5 ¼ floppy discs with a menu of 10 or so games. We’d be very excited, loading them up, only to discover so many were dreadful. Butt hey’d been published. So that just spurred us on to say – hey’ if publishers took this, we know we can do much better and then surely they will publish ours. Obviously every now and then, you’d come across a gem – something, new original and obscure.The thing about remembering specific bad titles and which were worst, well that’s tricky as they are also so forgettable! “

“I loved Pro Ski Simulator and I understand this was inspired from your own Skiing experiences?”

“So obviously we were fortunate to start getting money for our games as teenagers, so when the opportunities came along to try out Paintballing, Go-Carting, Rally cars, ATV’s, Jet Skiing, and real Skiing in the Alps – money wasn’t a big problem. We did them all J The funny thing about the Skiing was – we put the bills through our business (then a partnership called Complex Software), and reclaimed VAT and paid bills before tax. This was later challenged by a tax inspector and in a face to face consultation we were able to pull out Pro Ski Simulator and said the trip was for research for a game. The inspector had no choice but to accept this” 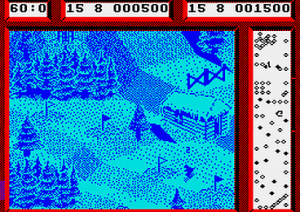 “What are you working on right now?” 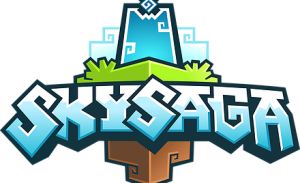 “SkySaga … it’s awesome – it’s the future. If you think it’s impressive now, if you’ve seen it, you ain’t seen nothing yet! It’s SO exciting. It’s still in closed Alpha now, but Dizzy fans can get in with a special code at… www.WonderlandDizzy.com“

“We grew up on BBC model B games… it would be great to see a section on those. There were some stand out classic Games – The Acornsoft catalogue (The adventures, Revs, Sentinel, Mr Ee, Snapper, Planetoids, Elite, Meteors, Rocket Raid, Starship Command), Repton, Castle Quest, Frak!, Tarzan, etc.

“I would like to close this interview by first thanking you for making time to support Retro Gamesmaster and thank you for your time and also your donation which I will soon sell to raise money for charity. 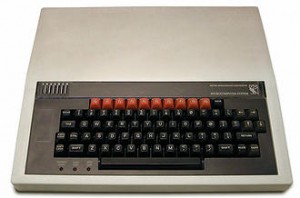 I wish you good luck with Sky Saga and I will do a feature in our new Indie section in the near future.