Rafael Corrales, member of AUIC , has interviewed Fernando Rada at the offices of the company WildBit Studios in Madrid. This is actually one of the protagonists of the “Golden Era of the Spanish videogame.” 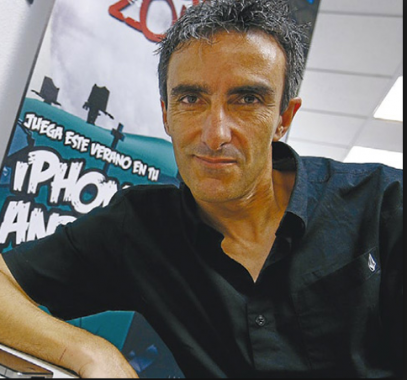 Fernando Rada was during the high school teammate of Carlos Granados and Paco Menéndez (author of Abadía del Crimen) and among them emerged the creativity. The result of this was Fred videogame, published under the label Indescomp , company for which they worked. A few years later Rada along with Granados, Menéndez and Camilo Cela decided to start their own company, baptizing it as Made in Spain . Under the seal of this young company we could enjoy the game Sir Fred (aka Roland in the Ropes), who was a major event at the time thanks to its quality and dose of gameplay. After Made in Spain Zigurat became the proffesional answer for distribuiting the games and the number of published games was more than overwhelming: Humphrey , Afteroids , Jungle Warrior , Star Bowls , etc. And here the journey of this group of creative was completed in the field of 8 bits.

I meet Fernando Rada, CEO at WildBit Studios, from where they try to bring their bit for the Spanish videogame industry again and try to occupy the place it deserves … I want to start with an almost obligatory question, what are your beginnings in the video game world?

The truth is that I owe it to my friend Carlos Granados, a summer in USA he went and made his first contact with computers, but this meeting was with a kind of proto-computer with punch cards, etc., but this was very attractive and was immediately adictive for him. This happened just at the same time that for the next year two brand new Commodore PETs were installed in our school, and during recess we were going to ‘entangle’ with these computers, learning to program in BASIC. It was clear that the funniest thing that could be done with a computer was a game, and also posed a technical challenge that attracted us a lot. Soon the Sinclair ZX-81 1KB of RAM were on the market!, and they brought one unit from England, we started to program in assembler one pac-man made with balls, dots and dashes and, of course, all in black and white. But then ZX Spectrum appeared with color and we wanted to do something with more challenging level: Fred. 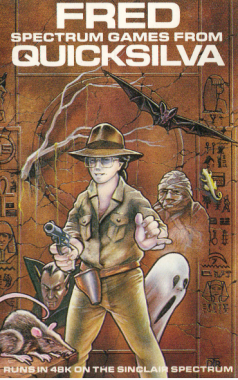 Tell us about your first commercial video game: “Fred”, being 1983, what meant for someone so young like you to become the architect of such a popular and innovative video game?

I think we were very aware of the impact it would also have in our professional future. Our aim was on the one hand to solve the technological challenge involved developing a game with almost no information available (only a couple of books based on the Z-80 and Spectrum brought from England), this motivated us a lot, and when the game was taking shape, we really wanted to contrast it with the public and see if they liked our creative proposal. 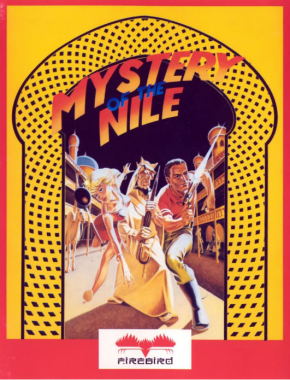 We know that your international experience with “Sir Fred” was not as positive as you expected in “Made in Spain”, what happened with Mikro-Gen and the Anglo market?

Our professional status was as independent study of videogames with almost no infrastructure, so we always appreciate a lot our boldness when we decided to travel to UK to try to launch in the international market our local successes: both Mikro-Gen with Sir Fred, as Firebird ( division of Telecomsoft for computers, owned by British Telecom) with the Mystery of the Nile, sadly they did not pay all agreed royalties. In any case part of the goal was met, and our games were released successfully outside our borders, which was a major satisfaction. 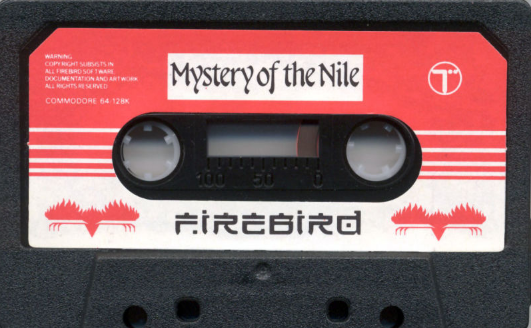 Although your beginnings were in Indescomp, why you decided to found “Made in Spain” and later Zigurat ?, had you financial support or you began from scratch?

We joined Indescomp because it was a company that was engaged in principle to import videogames and translate them looking for introducing them into our market. We had already developed Fred and we found the best way to distribute it. The truth is that the commercial experience was not entirely satisfactory, and finally we decided to look for new ways to distribute our products. Zigurat was born with the aim of producing internal and external games and outputting talents who could not afford to distribuite their product, while allowing us to have a somewhat broader catalog and more visibility in this sector. We had no financial support, we subsisted with the income of our videogame releases. 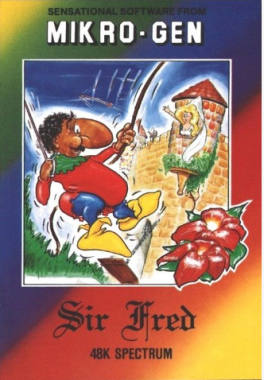 Technically, what supposed to program such limited computers like the Spectrum?

It was a challenge, not only because of the lack of information (obviously there was no Internet) that forced you to face from zero to all problems, but because work on a platform of limited resources meant to optimize things saving until the last byte . 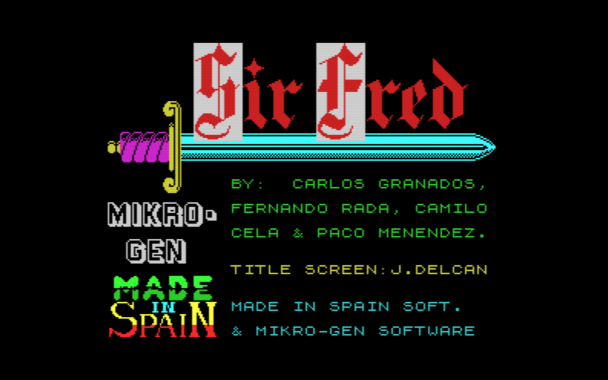 Paco Menéndez was yours colleague and said something very important: “I prefer the recognition of people than money,” what is actually the reason which moved you to make video games ?, Spain can recognize talents?

As I said before, we are moved by passion for solving the technical challenges during the development of a video game with a so limited and so little documented platform, but it also amused us greatly to create concepts or stories for video games, at the end we can watch them as public contrasted artistic proposals. 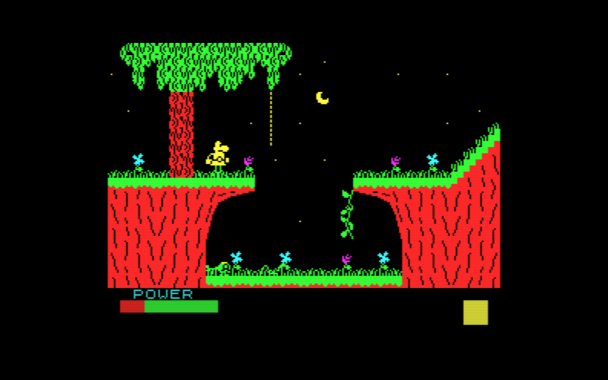 Paco was a great creator and there was a time when Zigurat was more distributor than video game producer, what was the reason?, why Paco finally left Zigurat?

Zigurat was above all a creative video game company. We never stop internally the production of several projects in a year, where we dedicated 90% of our time. The reason is that we decided to be a little masters of our own destiny, and we started to distribute our products because of the bad experiences we had with Fred and Sir Fred, for which it was necessary to expand our catalog, the reason is that our games were reputed to be very good, but we also had a reputation for being somewhat slow finishing them … in addition we decided to produce games of external developers as a way to expand the catalog, because we were excited with the idea of opening the spanish market for people making videogames. Paco Menéndez was a very dear friend and special to us, with whom we shared much of our lives and concerns. The only reason he left was that he did not want the complexity from the point of view of company like Zigurat which would assume the shift in strategy. The truth is that Zigurat has been in the industry for 25 years, so I think from our point of view was a very wise decision.

In your opinion … did you considered adequate the Spanish industry in such a serious aspect as the international position of our videogames ?, do you consider it better now?

The business community in the field of video games was simply nonexistent. Today we know that the game industry is very serious, with a volume that exceeds the cinema and music together. Our country had a certain presence in the era of 8bit, where a few artists had the opportunity to excel in the international arena. This is because our public interest in video games in our country, which has always been a big market for the sector. Unfortunately, the momentum of those years was wasted, and no interest from public administrations, universities, financial sector, etc. was generated, to generate an industry in Spain. I think that we pay the bill today, here in Spain it is still very difficult for entrepreneurs to get enough support for launching professional gaming companies. 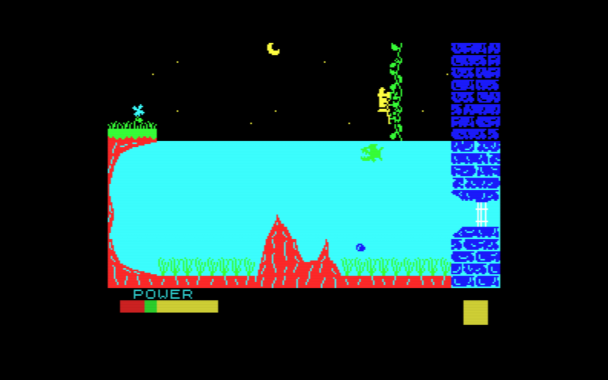 Almost everyone knows firsthand the turning point where the 8 bits were gradually losing the market position, and with them our industry, do you think Spain is ready now to relaunch a video game industry with high level?

I think talent has always been there, and Spain remains as one of the best countries for consumption, which is essential for the emergence of entrepreneurial initiatives. Only the financial sector need to learn to trust a little more in this industry, perhaps noticing the results they achieve their international counterparts; There are other initiatives that provide some hope, as Camilo José Cela University has taken, where his center associated “ESNE” has launched a Video Games career. In this adventure we collaborate with them riding a ‘In House Lab’ to develop commercial videogames with a group of students. 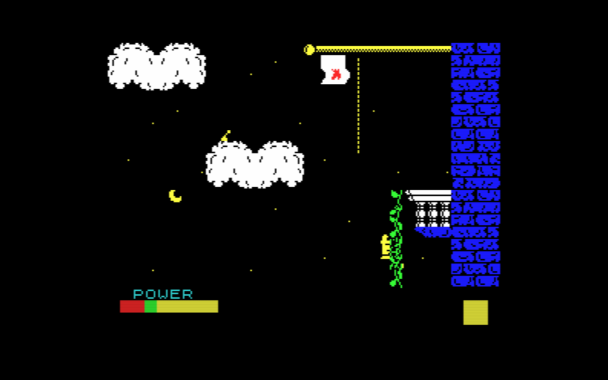 What is your opinion initiatives such as “RetroMadrid”, “RetroEuskal” and other meeting points for computer enthusiasts and classic video games ?, do you think this time of “revival” has been associated with these initiatives?

It seems very important to claim the use of things until the end of its useful life. We live on a planet with a limited physical space and resources, and I think it’s a global mission curb a consumer society that seeks to embed in our DNA the concepts of ‘throwaway’. If we continue to call for a steady annual increase in turnover and competitiveness of enterprises to infinity, I think we head towards an unbridgeable collapse. I think it will be much more useful to the planet that our children inculcate the concepts of reuse, recycle, and share. 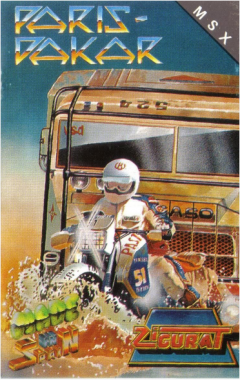 For finishing we must never forget this, your present time, what is WildBit Studios and what projects have idea to market?

WildBit Studios has been founded by several partners, including two ex-partners of Zigurat Software, together with FDI Internet & Mobile, a leading specialist in generating content for Internet and mobile technology group. Our company will develop high quality video games for mobile phones of last generation, taking advantage of this platform, from the point of view of videogames, that has specific characteristics that make it different from the others. We are developing a 3D own “engine” that will squeeze thoroughly platform and will provide our games spectacular graphics capabilities. In addition, we are creating a platform to customize the “gameplay” of our games, so that it suits the mode of use of each user, seeking to maximize their fun in the shortest time possible game.

Regarding our next release, it will be in late summer, and also RetroMadrid FEST visitors within the Gamefest will have the chance to try it with exclusivity. This is a 3D game for iPhone and Android – based paper zombies harrass you mercilessly in a paper environment also posed a very original concept from the artistic point of view. In this game, called “Paper Zombie”, we released our “engine” 3D, which certainly will surprise you . This time, the threat is paper … I think it will be interesting to draw parallels between Sir Fred and “Paper Zombie”, and thus the evolution of game development 100% “Made in Spain”.

Thank you very much Fernando, we hope to see you in future editions of RetroMadrid.