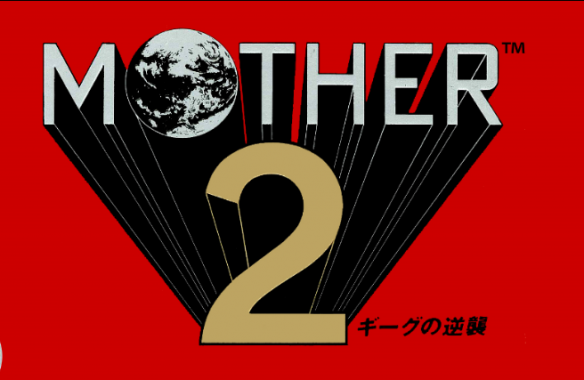 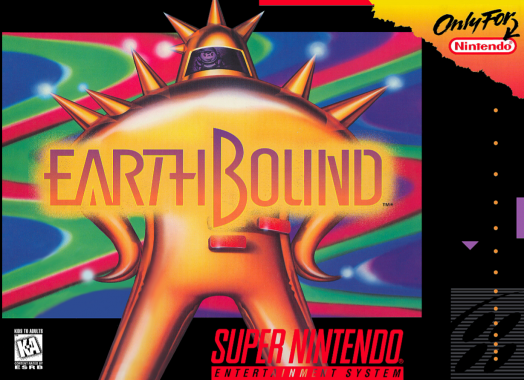 Earthbound, also called Mother 2 is an RPG released for the SNES in 1995. It begins in a 1950’s style town called Onett. One of Onett’s residents, a 13 year old boy named Ness is awakened one night by a meteor crashing near his home. Upon investigating the crash Ness meets an insect named Buzz Buzz. Buzz Buzz informs Ness that he is from the future and warns him that the planet is ruled by an evil alien named Giygas. Buzz Buzz also tells him that he sees great ability in Ness and encourages him to embark on a quest to stop Giygas before this bleak future comes to pass. 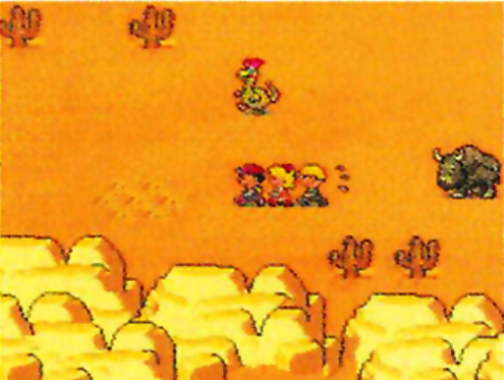 Ness is gifted with psychic abilities strong enough to effect things on a cosmic level. Three other characters cross Ness’ path along the way. Poo is a master of martial arts and a great fighter. Paula also displays extraordinary psychic powers like ness. Jeff, a scholar, does not possess these powers but is the brains of the party and can fix just about anything. I compare Jeff to the character of Lucca from Chrono Trigger.

This RPG is different than others of it’s time in a few ways. There is no world map, per se. Instead the the maps are seamless, allowing your character to walk from place to place without navigating a world map. The battle system is similar to other RPG’s, taking damage works a little differently in that there is a HP meter that will continually drop after your character is hit. The player has a little time to heal the afflicted party member before their meter runs out, so time is of the essence. Battles are not random encounter, the player can see the monsters on screen before battle ensues. 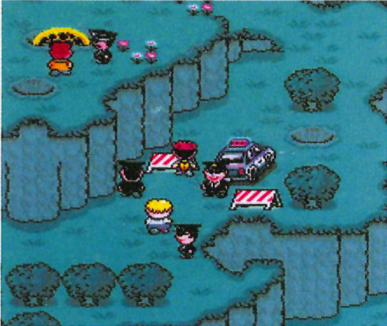 I can’t talk about Earthbound without mentioning the pop culture references this game is chock full of! A sort of lighthearted parody of American/Western culture there are so many references to rock music and pop culture in general. Many references to Beatles lyrics and other 60s bands. There are two sides to this coin, however. Although this Earthbound is full of humor and pokes fun at other RPG’s, the storyline itself is very dark. It’s almost a psychological thriller under the guise of a colorful game with cutesy characters. The final battle with Giygas is a prime example. Giygas is by far one of the most disurbing bosses I’d even seen, and he dosen’t even really resemble anything you would expect a monster to look like. I’ve inlcuded a photo of Giygas just to give you an idea of how creepy he is.

Although Earthbound was not well-received upon its 1995 release, it has since become a classic, beloved game. If you give this game a go, be prepared for a rollercoaster ride. This is not a quick game to play, while not as long as other games like Final Fantasy 6, it is still a time consuming game and keeps the plot moving.