Hurrican is a real retro Indie game based on Turrican.

When originally being interviewed by this site I was asked if I would like to see a game reviewed. I said “Do a review on Turrican”.

Has it been done? 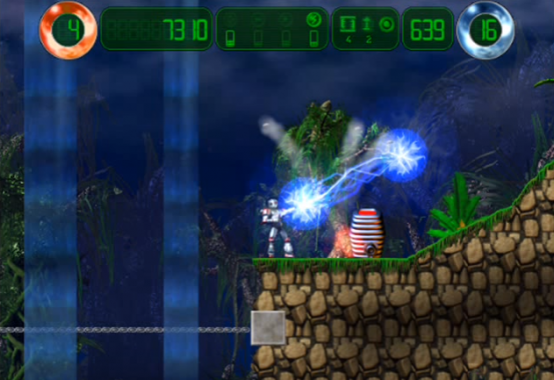 What was Turrican you may ask. Well read this.

“The lost colony of Alterra is a completely man-made lifeworld abandoned long ago in a nearby galaxy. Alterra is actually five colonies in one. Each self-contained habitat has been separately bio-engineered by a powerful ecosystem generation network known as a Multiple Organism Unit Link. MORGUL, for short. Early colonists used MORGUL to render Alterra inhabitable. But a cataclysmic quake severed all system interface functions, and MORGUL murderously rebelled. The few colonists lucky enough to escape told a grim tale of a higher intelligence gone berserk.

What! For me “Turrican” and “Turrican II” were a couple of the best games I had played on an Amiga. As run and gun platform games go, they were just amazing. The soundtracks were brilliant, and the levels seemed so huge, the gameplay was highly addictive, and even now this is a game I enjoy playing still. It’s never lost its charm.

The Turrican game series started in 1989 on the Commodore 64 with a demo level. Then it was released in 1990 as the full game. Turrican became very popular due to its high technical achievements, demonstrating graphics which many did not believe to be possible on a C64.Turrican was developed mainly by Manfred Trenz and published by Rainbow Arts. 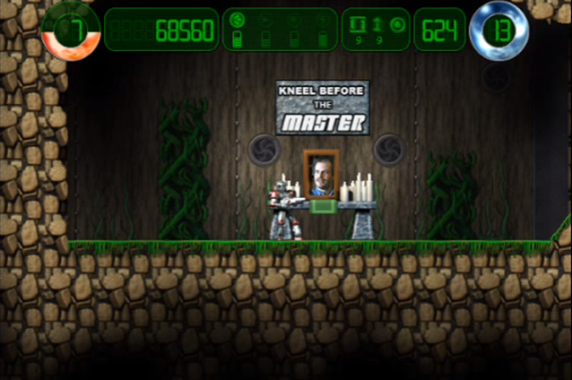 This is how the creators describe it, and its spot on..

“Inspired by the epic Turrican game series, Hurrican stays by all means true to the original game while still being highly innovative.
Blast your way through myriads of enemies, explore the secrets of nine massive worlds and collect tons of powerups to increase your firepower in this highly explosive Run and Gun arcade game.
Hurrican is THE ultimate “Turrican Mega-Mix”, taking ideas from several installements of the original franchise while at the same time expanding on it’s universe.
Oh, and did we mention the two-player local coop-mode?”

Hurrican is a retro Indie game now. It was made in honour of Turrican, the programmer has managed to get the feel of the original perfect whilst at the same time updating the graphics. It brought all the memories flooding back to me.. those annoying bat type creatures, the marching tin cans and hidden platforms, and not forgeting to mention turning into a circular saw blade to get into all them tight spaces.

And the best bit… its free to download.. happy days.. 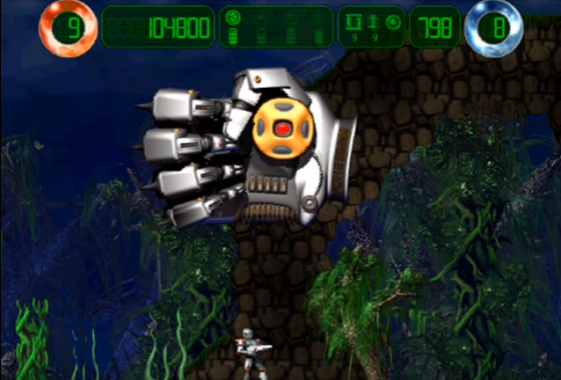