Warning: If you have not played this game and plan to, there are spoilers in this review. Just a heads-up. 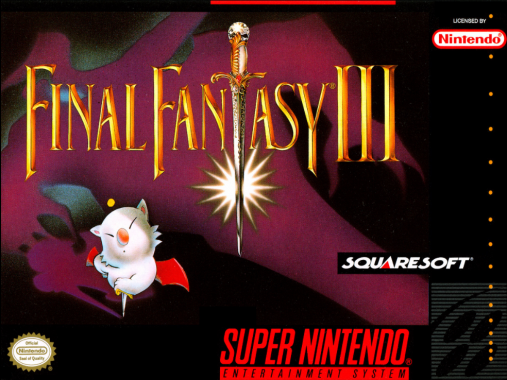 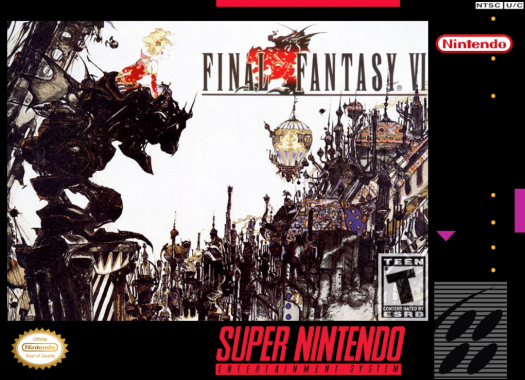 Final Fantasy 6. Ask many people what they believe to be the best RPG’s and chances are this is on their list. As I write this review, I am listening to the soundtrack to Final Fantasy 6 and feeling nostalgic as I remember experiencing this game for the first time.

We begin this game with a history lesson. A thousand years ago, the War of the Magi decimated the world and magic ceased to exist. Despite the devastation, humanity has managed to rebuild and is now in what is comparable to the industrial revolution. We meet a mysterious young woman named Terra Branford. She is being controlled by the Empire for she has special “abilities”. She has no idea who she is or where she comes from, nor does she understand the power she wields. Magic.

Upon being rescued from Imperial clutches she meets with a ragtag group of characters who fight alongside Terra and help her come to terms with who she is. Some of these characters we meet are members of a group called The Returners. Their goal is to overthrow the Empire and return the world to a state of peace. There are many characters in Final Fantasy 6 each with their own rich backstory. We meet Locke the “treasure hunter”, Celes an Imperial general turned to the Returners’ side, King Edgar of Figaro, his twin brother Sabin a fierce fighter and Shadow the ninja, Cyan the knight, Gau the feral child and Setzer the airship pilot with a taste for gambling just to name a few.

Meanwhile, leader of the Empire, Gestahl is overthrown by his General, Kefka. Kefka is hands-down one of the most evil, twisted, and utterly insane villains I have ever seen in my life. He was infused with the gift of magic at birth and he has two objectives: revive magic and absolutely destroy the world with it. It is the destiny of Terra and her friends to stop Kefka before he repeats the War of the Magi all over again.

Since magic is the theme of this story, we learn that magic emanates from beings called Espers. After the War they sealed themselves in another plane of existence, cutting off the world from the ability to use magic. Kefka and the Empire was using Terra to communicate with a long forgotten frozen Esper that was unearthed so they can extract it’s magic. The sealed gate is opened and the Espers are released into the world, allowing the party members to wield magic and call upon them in battle. This couldn’t come at a better time because everything goes belly-up from here. 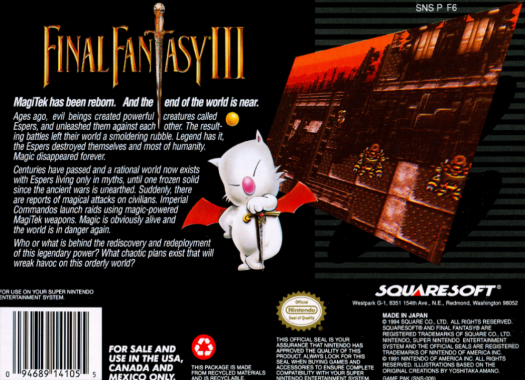 Things take a turn for the worse when the party journeys to the Floating Continent to face Kefka. In this place there are three statues that represent the goddesses of magic. Kefka in his infinite madness moves the statues and disrupts the flow of magic, tearing lands apart and creating a world of ruin. Kefka is all powerful now and has succeeded in his quest to rule the world. The game does not end here however, although things seem absolutely desolate and hopeless there is a long journey ahead that Terra and friends will face together in order to bring the world back to one of balance and peace.

Gameplay:
This installment of the series plays much like the earlier games as far as the battle system and magic (once you can use it, of course). Battles are random encounter with a few exceptions and the battle menus are standard Final Fantasy fare. Characters are eventually able to be equipped with Espers that they can summon in battle. Espers also allow each party member to learn magic spells.

I can’t NOT mention the soundtrack here. I am listening to it now and there is a total of 3 hours of music for this game. The music is emotional and epic allowing the player to feel what the characters are going through. There is an especially memorable opera scene in which Celes sings (the player has to remember her lines). Which brings me to my next point. This game is very interactive. The player must solve puzzles in dungeons, remember lines to say, choose scenarios to follow and choose how to split up party members.

I will close this review by saying that Squaresoft hit their high note with this game and created a rich story with memorable characters and emotional investment with 16 bit technology and it holds up to this day.