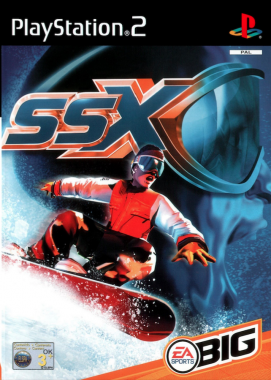 SSX is a snowboarding game that was released alongside the launch of the Sony Playstation 2 console in Europe in November 2000 (yes that long ago). To be honest SSX was the only game worth buying for the first year of the console’s life and still today remains one of the best snowboarding games ever released.

Essentially playing like a turbo charged version of 1080 Snowboarding (Nintendo 64) this game is so much fun, you can choose to have a standard down hill race or have a bash at the competitive tricks mode. There are 8 characters to choose from all of which have very different strengths and weaknesses and all handle very differently.
The tracks themselves are totally awesome especially the Tokyo Megaplex stage which is stunning, full of rails, bumps, jumps and glass to smash through, this course can be fiendishly tough (especially in competitive trick mode). 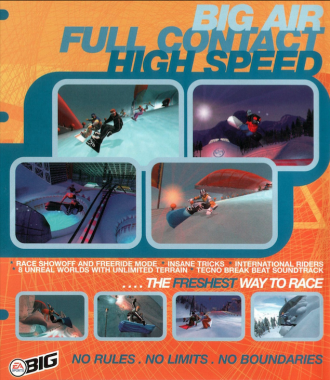 The graphics are lovely far better than anything seen on the Original Playstation, Nintendo 64 or even the Sega Dreamcast. The snow effects are amazing and the level of detail in the background’s is completely unrivalled up to this point. The soundtrack is also fantastic with all manner of Techno based tunes and the announcer is really good too (which is rare for games of this type).
All in all I would recommend this game to all Playstation 2 owners, it is cheap and very easy to find and anyone can have fun with it.