Published by
SEGA of America, Inc.
Developed by
Hitmaker
Released
2000
Also For 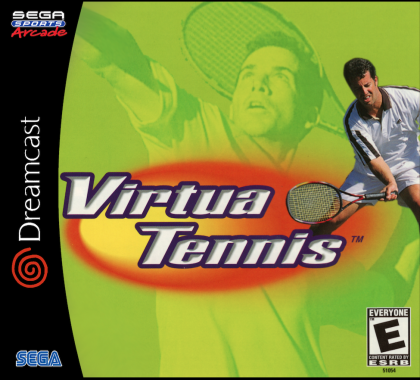 Released in late 2000 on Sega’s Dreamcast Virtua Tennis is a fantastic pick up and play sports game converted from the arcade game of the same name.

This game has much to enjoy, the graphics are superb with massive and chunky sprites and fantastically well detailed tennis courts with excellent crowd animations (look out for the guy in the awesome tweed jacket). 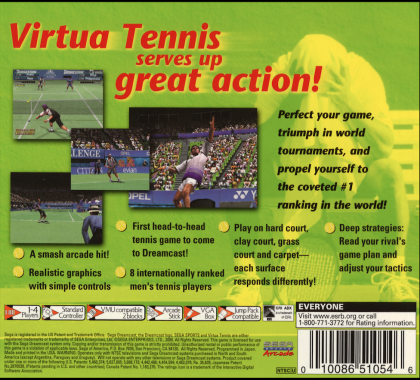 The sound effects are also excellent particularly the sound of the ball bouncing, the sound really varies depending upon the surface type. The basic gameplay is so much fun and the controls are very responsive, anyone can pick up the joypad and instantly have fun with this.

There is loads for the single player to do including completing the ‘Arcade’ mode where the player has to defeat 5 opponents and then face off against ‘Master’. Once the player has defeated ‘Master’ you can play as him in the exhibition mode (you can also play doubles with a friend or cpu player and try to defeat ‘Master and King’ if successful ‘King’ is also unlocked).

There is also an excellent career mode available where you start from the bottom of the rankings and have to work your way up by completing mini games in training and win tournaments. When you win tournaments you get money which you can then use to buy extra tennis courts and extra players in the shop.

Any negatives? Not really except the menu music is totally awful but can thankfully be switched off. That aside this game is totally awesome and every Dreamcast owner should get this.