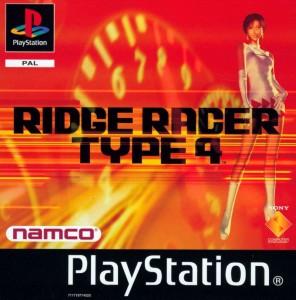 I have always loved racing games (especially arcade racers) from the first time I played Outrun at the arcades I was hooked. 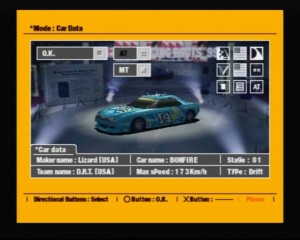 As a result I have always had a particular fondness for the original Playstation as there are so many classic arcade style racers including Wipeout, Ridge Racer, Ridge Racer Revolution, Rage Racer and this game Ridge Racer Type 4.
In many ways this game is the best racer on the Playstation, it has the arcade handling and gameplay of earlier Ridge Racer games but has added depth with a career mode more similar to simulation racers like Gran Turismo.
This game has many more cars compared to earlier games in the Ridge series (over 40 in total compared to 4 in the original game) and has 8 tracks (compared to just the one track in the original).
The graphics have been massively improved also (even better than Gran Turismo or Colin Mcrae Rally) with night races and changing weather conditions and a fantastic blur effect from the other car tail lights. As is always the case in Ridge racer titles the music is brilliant and really adds to the atmosphere. 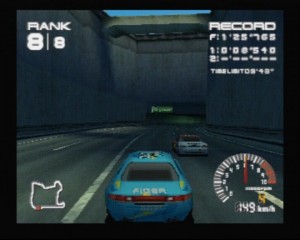 Overall I would say this game is arguably the best Ridge Racer game ever and unlike the games that came before it Ridge Racer Type 4 appeals to fans of simulation racers as well as arcade racers, simply put this game is perfect.