Whilst stumbling around countless Mega Drive websites trying to find a game that I would never usually play, I found this little gem hidden away. Barney’s Hide & Seek Game.

It was released exclusively in North and South America in 1993. 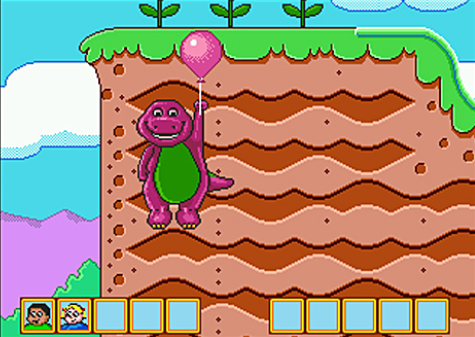 Always one for picking games that would challenge and destroy my soul I had to play it. Those of you who would instantly recognise Barney the Dinosaur from childrens TV.

Now i’m not going to lie, this game is extremely basic and repetitive. The backgrounds are brightly coloured and I guess the graphics are that of typical Mega Drive goodness! 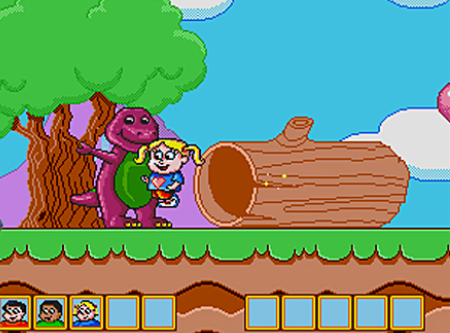 The aim of the game is to move Barney through 4 levels of fun, while finding 5 friends hiding throughout the level as well as 5 presents to find. The game also has a feature that when you let go of the controller and wait a minute Barney will move himself throughout the level.

The game has an INFURIATING soundtrack, and you will find yourself humming the songs for days afterwards. Barney also interacts with everything seen on screen, be it snails, chickens, apples, pumpkins and even crabs, and has a special ‘kiss’ move he does when you press any of the buttons on the controller. If you are near anything interactive pressing any button will engage Barney with a different phrase/action, for example : flying on balloons, riding clouds, and jumping on nearby platforms. 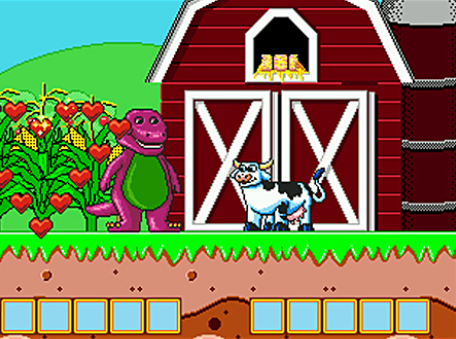 Barney is completely invulnerable and cannot fall off platforms making it IMPOSSIBLE for him to die and you lose the game. (Which come on, let’s admit it, would be pretty funny right?)

While I found the game dated and annoying, a young child would probably be enthralled by it, and would learn with counting, matching and problem solving. Hours of fun!

Give it a go and see what you think! And remember, I LOVE YOU! (one of Barney’s overused catchphrases) 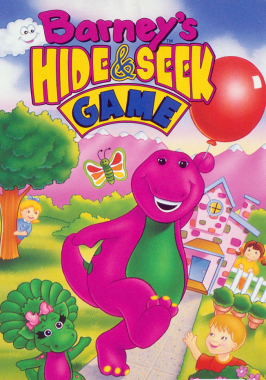