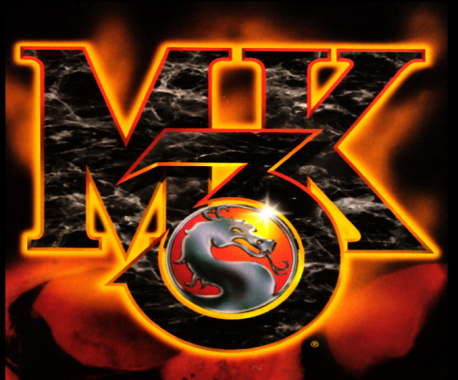 Released in the spring of 1996 for the Sony Playstation Mortal Kombat 3 is a conversion of the Arcade game of the same name and whilst the game is still great fun it is definitely showing signs of age (even at launch).

Firstly the good, the basic gameplay is excellent and very much classic 2d Mortal Kombat, the action is very gory and fasted paced. One big addition to the gameplay is the Run button, this allows you to hit your opponent faster and removes the advantage that some fighters have with projectile attacks. Another improvement is the addition of Chain Combo’s which whilst very hard to pull off will assure victory if you can press the relevant buttons before being interrupted (this was borrowed from Killer Instinct).

The graphics are improved over the previous games with much better use of colour and improved animations, the sound is also excellent with meaty sound effects and very macabre tunes. There are several new characters to choose from including Nightwolf who is a Native American and Stryker who is a Riot Control Officer.

The final addition to the game is the introduction of the Animality, this is where you can transform your fighter into an animal (although I always found this very tough to actually pull off). 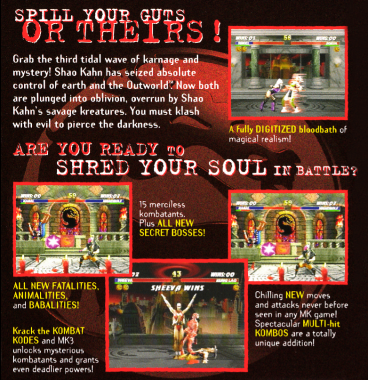 Bad points? The main thing is that despite the host of minor improvements this game feels really tired and just cannot compare with the newer 3d fighters such as Virtua Fighter or Tekken.

Despite this I would still recommend this game to any fans of the genre, this game is very cheap and easy to find (although for whatever reason every copy seems to be badly scratched).