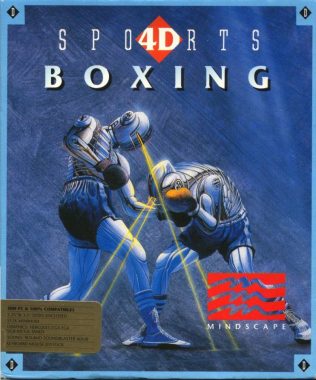 Released in 1991 4D Boxing was an excellent sports simulation that was revolutionary for its use of Polygon graphics which at the time really turned heads.

The graphics were remarkable with very accurately modelled fighters who moved in a very realistic manner, the sound effects were really good (especially the sound when one of the boxers were knocked down) and the overall presentation was really impressive.

The aim of the game is to rise through the amateur ranks and progress through the professional game until you reach the champ. Before you reach him you must improve your skills by taking part in training mini games, you can choose which attribute you want to improve before you start (such as skipping rope for improving foot work or lifting weights to improve strength).

Any downers? Well one thing is the judges scorecards, sometimes you have clearly won a match (landed more shots and had a higher accuracy level) and despite this the judges will either award the match to your opponent or call it a draw! The other main drawback of the game is the lack of a 2 player mode, this would have made the game even more appealing and increased its longevity. 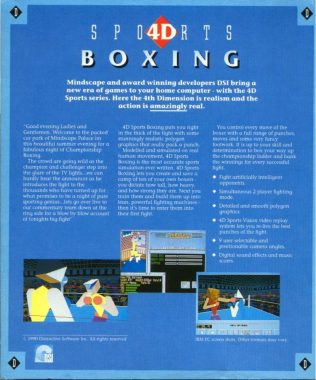 Overall I would recommend this game to any fans of the genre, it is easy to find and usually costs under a tenner.

One piece of trivia, Electronic Arts or EA later rereleased this game in 1992 with several small upgrades including extra fighters and enhanced music.