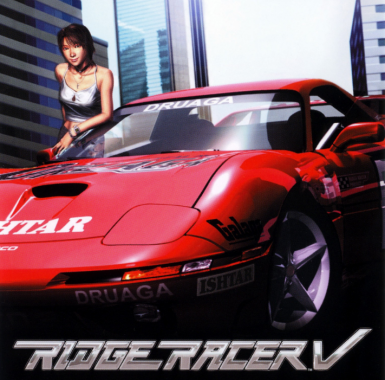 Released in late 2000 Ridge Racer 5 was a launch title for the Sony Playstation 2 console in Europe and whilst this game is not as fondly remembered as the earlier games it still has much to enjoy.

Firstly the graphics are excellent, big chunky cars and very colourful environments and the action moves along at breakneck speed. The soundtrack is also high quality with very catchy tunes and I am glad to say the annoying as hell announcer has been replaced!

The gameplay itself is classic Ridge Racer with the usual over the top handling with an added emphasis on drifting. The track count has been upped to 7 (the original had only 1), the available cars has been upgraded to 21 (the Original had only 4) and the game modes increased to 5 ( Standard Arcade, Time Attack, Gran Prix, Endurance Racing and Multiplayer).

Any downers? Well one thing is the poor camera angles. I usually prefer the ‘Behind The Car’ option but here the camera is too low down meaning that sometimes you cannot see where you are going. 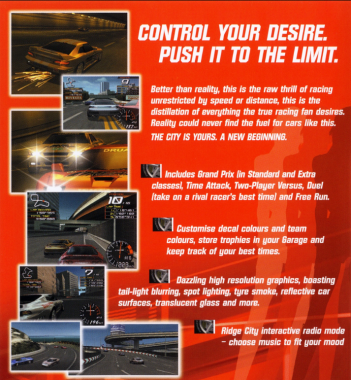 That aside this game is near perfect and if you are a Playstation 2 owner you simply must pick this up, it is easy to find and is available for only a few pounds.

One piece of trivia the Arcade version of this game was the one of the first games to use Namco’s System 246 board.