Released by Ubisoft in 1994 Street Racer for the Super Nintendo is essentially a Super Mario Kart clone, albeit a very good one indeed. 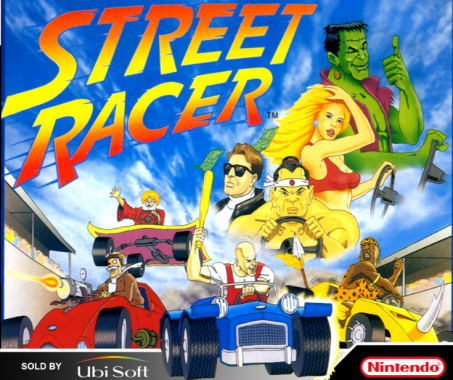 The game has much to enjoy, firstly the graphics are superb (even better than Mario Kart) with chunky karts and colourful backgrounds full of colour and life, there are also some fantastic Mode 7 rotational effects. The soundtrack and sound effects are also excellent, the menu music is arguably the best I have ever heard on the console. The controls are very responsive and the difficulty is just about perfect (at least for amateur like me).

There are 9 playable characters from which to choose including a Sumo Wrestler, a First World War German Pilot and a Zulu Warrior! There are a huge amount of tracks to conquer and the game also offers alternative modes of play including a “Soccer” mode where each player joins a team and attempts to score a goal and also a “Rumble” mode where you have to knock your rivals out of the arena. 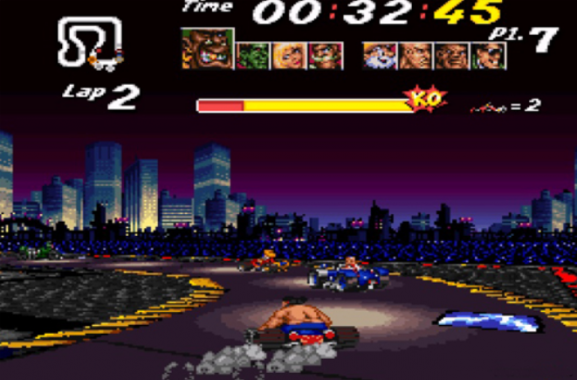 Any downers? Not much except sometimes the game can appear jerky, this is especially true in multiplayer where sometimes the game slows down or has some screen tear (very rare on a Super Nes game).
That aside this is an excellent racing game and I would recommend it to any fans of the genre, it is both cheap and easy to find. 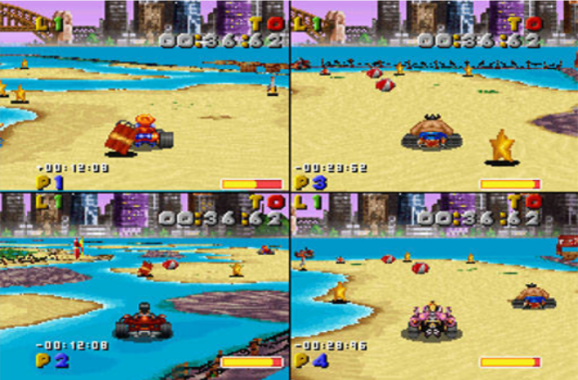