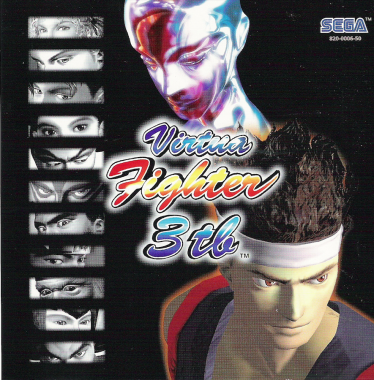 Released along side the Sega Dreamcast console in 1999 Virtua Fighter 3 Team Battle was an Arcade perfect conversion from AM2, trouble is the Arcade game was not all that good to begin with.
First the good points, the tried and tested Virtua Fighter gameplay is still there with it’s slow and more realistic gameplay (no fireballs here), there is also the addition of a ‘Dodge’ button to further increase the strategy involved in each fight.
All of the fighters from the past 2 games return with the addition of 2 new fighters Aoi Umenokoji who is a Japanese  student and Taka Arashi who is Sumo Wrestler. The added feature of a Team Battle mode really help the games longevity and overall the game feels very polished.
On the downside the graphics whilst not terrible are very bland and uninteresting (especially when compared to Soul Calibur and Powerstone), also it sometimes feels as if your fighters strikes are not really connecting and overall the game just felt very dated on it’s arrival. 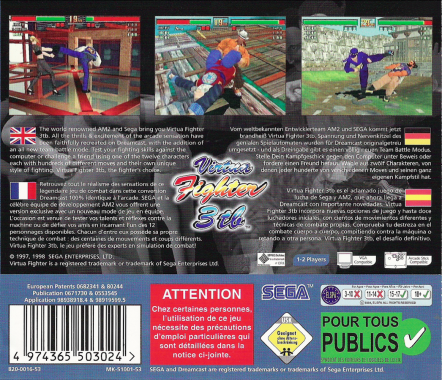 Despite this I would still recommend Virtua Fighter 3 to any Dreamcast owners, it is very easy to find and usually costs less than a fiver!
One piece of trivia this was the fist ever game to be produced on Sega’s brand new ‘Model 3’ hardware.