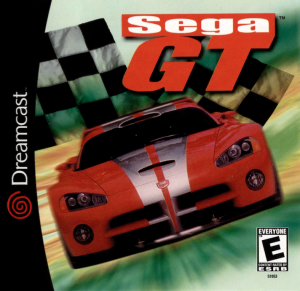 Released in late 2000 Sega GT for the Dreamcast is a simulation based racer that whilst not in the same league as the Playstation’s Gran Turismo still has much to enjoy.

Firstly the graphics are excellent with textbook Sega Blue sky’s and overall chunkiness (the night stages are especially impressive for the time), the sound effects and music are suitably high quality also.

The gameplay is superb with much more realistic handling compared to Sega’s other games such as Daytona USA and Sega Rally 2. The game offers lots of content for the single player with various license tests to take and pass as well as over 20 tracks to master (during a time when most racing games had less than 10). 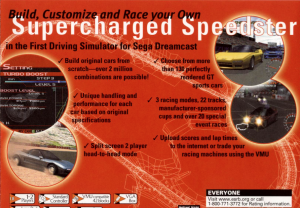 It is not all good news though sadly, in 2 player mode the game is hard to play as the draw distance is heavily reduced meaning you cannot see very far ahead of you. Apart from that this game is excellent and is well worth trying if you are a fan of the genre especially as this game is so easy to find and relatively cheap.