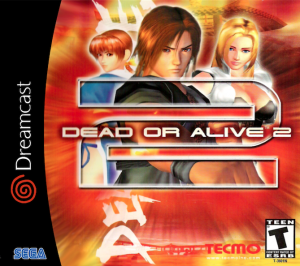 Released by Tecmo in the year 2000 Dead or Alive 2 is a classic one on one fighter for Sega’s Dreamcast.

This game has so much to offer, firstly the graphics are among the very best available on the console (even better than Soul Calibur for me). The fighters all look and move fantastic and the backgrounds are multi layered meaning you can knock your rival off a bridge and then carry on the fighting on the beach below! The sound is excellent with plenty of meaty sound effects and catchy tunes.

Dead or Alive 2 also has a fantastically simple control method using just 3 buttons, this means that pulling off signature moves is much easier than rival games such as the Virtua Fighter series. 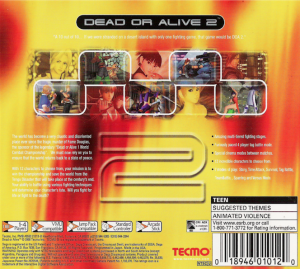 The game has plenty of content including the standard arcade mode and story mode in addition to a tag team mode and best of all a 4 player battle mode (if you have 4 pads and 3 mates to hand).

Overall I would say this game is a must buy for fans of the genre it is easy to find and usually costs less than a tenner.