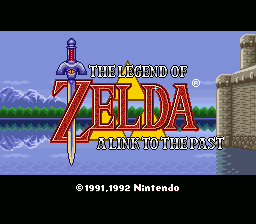 As the third cannon game released, Zelda fans got better graphics, three more dungeons from the traditional eight, more weapons, no spending one rupee for shooting an arrow, and that is the only the beginning…

Timeline theorist or not, this game has something for the average gamer and for the diehard Zelda fan alike… For the average gamer, this game can save anywhere you wanted: although it took you back to one of three places in the Light world to begin or on top of the Pyramid of Power in the Dark World. Of course when you died, you started in the dungeon you where in! 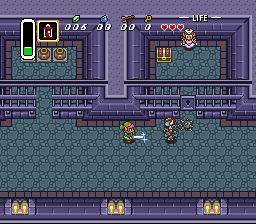 Also this game gave us many new mechanics that became more staple as the series progressed: The Master Sword, the Ocarina (although mistranslated as FLUTE) pieces of heart, and the beginning of a diverse soundtrack in certain areas of the game.

You are Link. You are contacted by Princess Zelda telepathically to rescue her in the castle dungeon as she was captured by the wizard Agahnim. She decides to take refuge in the Hylian Sanctuary as you set off to retrieve the Master Sword; the ultimate weapon against evil’s bane. In order to do so you must retrieve three Pendants of Virtue in order to obtain the Master Sword and defeat Agahnim once and for all. Once all three pendants, you must climb the castle tower in order to stop 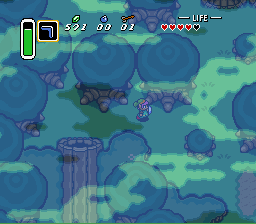 Princess Zelda from disappearing just like the six maidens before her as all seven of them were the defendants of the seven wise men [Sages after Ocarina of Time, and in the GBA remake]. Once Agahnim is defeated and you think what a short game this was, he transports you to the Dark World where a wise old man named Sahasralah tells you that you are in a world parallel to Hyrule (the Light World) and you are now in the Dark World), and now you have to rescue Zelda again along with six other maidens as they now share the same fate as Zelda. Once all seven maidens are rescued, you now face the evil Ganondorf on top of Death Mountain. Once you reach the top of the tower you are going to find Agahnim once again. Once he is defeated a second time, he turns into the blue colored pig from games past and he taunts that you will not defeat him a third time. Once defeated, you finally obtain all of your objections and you beat the game! 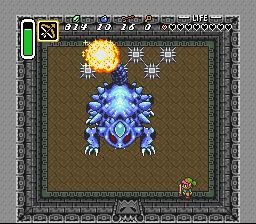 If you can’t/couldn’t tell; this is my absolute favorite game in this series: not because of it’s 16-bit graphics or its puzzle frustrating glory that the series is known for: it is simple for a beginning gamer and/or if you want to see what the series is all about: the puzzles are not that complicated even for the veteran player… Who knows you just might find the perfect game you are looking for!