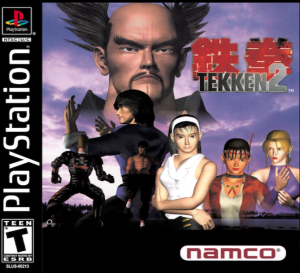 Tekken 2 was released in the UK in 1996, a sequel to the original Tekken and a conversion of the arcade game from Namco.

The original Tekken really showed how a 3d one on one beat em up should play with its simple and fun gameplay but with hidden depth, this sequel improves things even further.

Graphically the game is even better than the original with extra texture mapping on the main sprites and the camera angles have been upgraded with even more dynamic swoops. The backgrounds have been improved too with far more detail. Most importantly though is the addition of several new characters including Jack-2, Lei Wulong and Jun Kazama (there are also 5 more to unlock bringing the total number of fighters to 16). 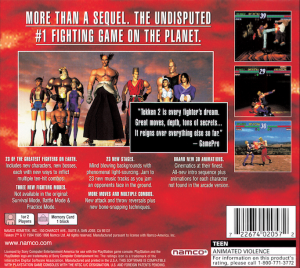 Overall I would say this is the best Tekken game ever released and is available for under a fiver on the PS3 storefront, a must buy for all beat em up fans.