Metropolis Street Racer was released for the Sega Dreamcast in the summer of 2000, this was the first game developed by 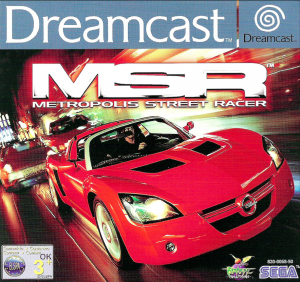 Bizarre Creations who would go on to make Project Gotham Racing series on Xbox and Xbox 360 and after a short play time the similarities are apparent.

Firstly the graphics are superb with big shiny and well detailed cars and stunning tracks that take place in London, Tokyo and San Francisco. The soundtrack is awesome with local radio station broadcasts from whichever city you are driving in at the time.

The gameplay is top class with amazing handling and really fun tracks (especially the Fisherman’s Wharf course), as you complete challenges you win Kudos which can be used to purchase new cars and tracks. 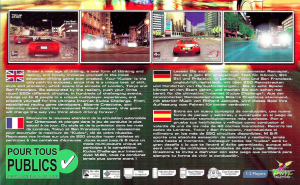 It is not all good news though, the game is way too hard in my opinion and there are several bugs in the game one of which is where the game locks up in between the menu screens and you have no choice but to reset the console (this I think is due to the game being rushed to launch and not having been properly bug tested).

Despite this I still recommend this game to any fans of the genre, it is cheap and easy to find and it is nice to see where the PGR series really began.