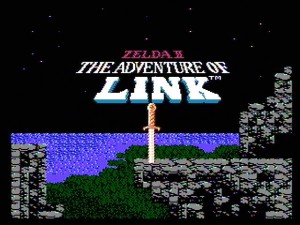 The Adventure of Link: Want a game that is/was unforgiving, old school and wished that an emulator with a save state existed back in 1988? Well, here’s the challenge!

(GEG NOTE:
Think 1988, readers! WILL NEVER INCORPORATE time line theory until if and when Skyward Sword is reviewed thank you!)

As a Zelda fan: I still have yet to beat this unforgiving title of the 2D era games: Question is: Where on earth do I began? 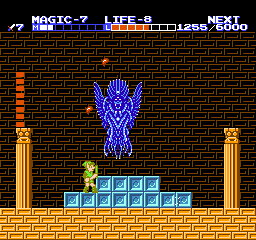 First off the game did not change in future re-releases… Unless brighter graphics on the GameCube count. The ONLY way to save progress was to get a Game Over (Return of Ganon) screen (like its predecessor) and then start from the beginning in North Castle and going thru Death Mountain all over again: but your level of progress stayed the same! The game has an XP system for the first and only time in the franchise’s history and you had to level up your weapons, magic, and defense systems accordingly!

Game play takes place six years after the accounts of the original game when Link sees a triforce symbol on his left hand. Impa tells link the story of Zelda I and you were chosen have to reawaken her.(timeline theorists debate me personally, please). In order to wake her up, you must obtain six crystals from the palaces (dungeons) throughout Hyrule. This game does NOT have the top-down play (if you are not in a cave or dungeon) as Zelda 1 but that of side scrolling like in Super Mario Bros. 1. After all crystals are obtained, Link must face one final challenge: HIMSELF! 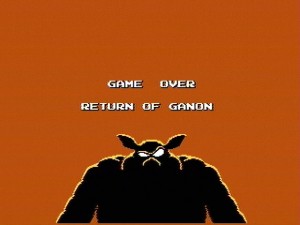 Once Dark link is defeated, Zelda I is finally awake and a curtain falls. For the gamer this is one very challenging Zelda title: but patience is an absolute must to complete so go find an emulator or download it today!