Released in early 1994 for the Sega Megadrive, Virtua Racing is a conversion of the arcade game of the same name and considering the limitations of the Megadrive compared to the 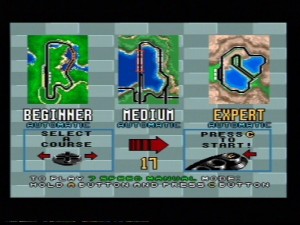 arcade machine this game is nothing sort of a technical marvel.
For this game to be even possible on the 16 bit console, Sega had to put extra memory and various chips into the game cartridge. I remember when I first bought the game I couldn’t believe how large the cartridge was, it was double the size of regular Megadrive cart!
Graphically the game is fantastic, almost as good as the arcade game and definitely the best graphics on the console in my opinion. Lovely big chunky cars and typical Sega blue sky backgrounds. The sound is also well above most other Megadrive games.
Playability is awesome, with great handling and all 3 of the tracks included have that “Just one more go” type feel g 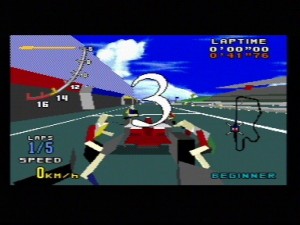 oing on.
For me this is the very best racing game on the Megadrive and if you enjoy the genre this is a must buy!