I was very kindly given an Amiga 500 Home Computer for Christmas 1990, one of the games I got with it was this game Shadow of The Beast. 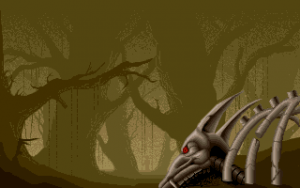 This game has some good points, the graphics are incredible, probably the best looking game I had ever seen upto this point. The game takes you to all kinds of mythical places including colossal caves, dungeons and forbidden forests. The music is amazing really setting the scene and the overall atmosphere is just unrivalled on the Amiga.
Sadly that is where the good points end, the gameplay is awful sadly. Very repetitive, way too hard (I think you only have one life, luckily there was an infinite lives cheat code) and with sluggish controls.
These days this game is seen as more of a tech demo than a game and I would have to agree, although it did succeed in getting many Amiga owners (me included) excited about the future of the machine.
There were 2 more sequels on the Amiga, each with minor improvements but I still would not recommend either as being worth buying. 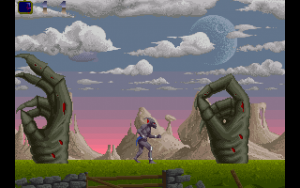