During the 32 bit console wars it was widely accepted that 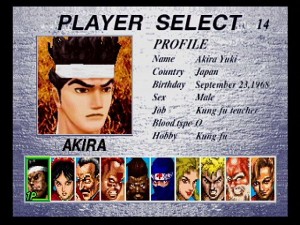 the Playstation was the king of 3d gaming. However, Virtua Fighter 2 on the Saturn proved that in the right hands the machine was capable of fantastic results in 3d. Ported over from the arcades by Sega’s AM2 team this conversion is stunning. Graphically it is almost identical to the arcade smash and in many ways this version is superior due to the awesome control system partly down to the dreamy Saturn controller enabling fairly complex combo’s to be pulled off easily (even by me). Many people compare the Virtua 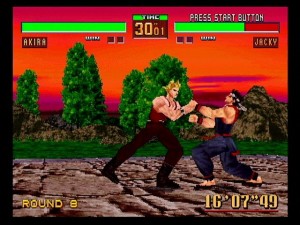 Fighter series to the Tekken Series but whichever you prefer you must own this game, it is cheap and easy to find and is one of the best Saturn games you can buy.