Capcom U.S.A., Inc.
Developed by
Capcom Co., Ltd.
Released
1994
Also For
Amiga, Amiga CD32, Arcade, DOS, FM Towns, Genesis, Sharp X68000, Wii, Wii U
[wr_row][wr_column]
Back in 1992 the whole gaming world was going mad for Street Fighter 2, the coin op was doing record business in the arcades and the Super Nes version would go on to sell over 8 million 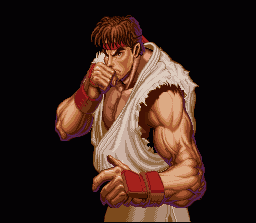 copies making it the most successful Capcom game ever released.
However by the time that Super Street Fighter 2 was released in 1995 the interest was beginning to wane. Most gamers were either playing Mortal Kombat 2 or frantically saving for a soon to be released 32 bit console like the Sega Saturn or Sony Playstation.
As a result many gamers missed out on this game, which is a shame as it is a total classic. Improving upon the already legendary Street Fighter 2 Turbo with 4 extra characters (Cammy, T. Hawk, Fei Long and Dee jay) a new and improved combo mode (where you could link attack moves together for extra points and damage) and a new group tournament mode for multiple players. 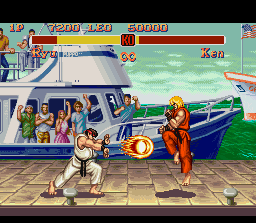 Graphics are also improved with stunning backgrounds full of detail and colour, the main sprites has also been redrawn from scratch and appear larger and more detailed. Any downers? Well the gameplay is definitely slower paced that its predecessor and less frantic which can make it less fun in multiplayer mode, but overall this is in my opinion the greatest beat em up on the Snes. FIGHT!!!