My first experience of the F zero franchise was when I played F Zero X on my N64 in the late 90s. I loved it, the game was so 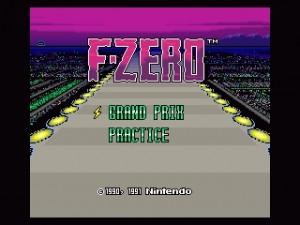 fast with fantastic controls and a great learning curve. When I was finally finished with the game I thought I would try the game’s predecessor on the Super Nes F Zero. I picked up the game for less than a tenner at the time and to my surprise it was even better than the N64 game. The Snes version has amazing graphics for the time, lovely rotation effects with Mode 7 3D (sorry Sega fans), fantastic handl
ing and an amazing set of vehicles and tracks. On the subject of the vehicles, this was the first game I played where you could race using space ships (before Wipeout 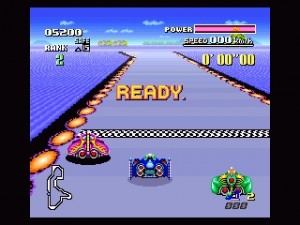 even) all of them handling very differently with strengths and weaknesses. The tracks are amazing with some devilishing hard twists and turns towards the end. Overall this game is a fantastic advert for the Super Nes and its capabilities, especially when you consider the game came out in 1991! This game is a must buy, you can pick it up for a few pounds and in my opinion it is the best Super Nes racer not called Mario Kart.