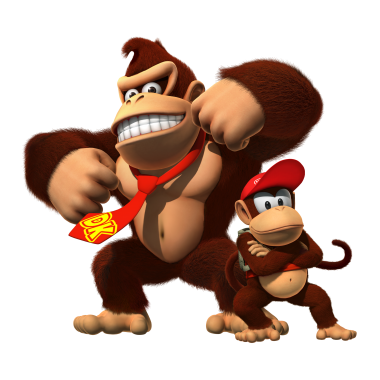 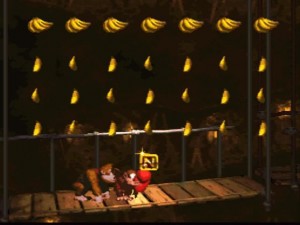 must be from a forthcoming Ultra/Nintendo 64 game. But to my amazement it was coming out on my humble Super Nes, surely it just can’t look that good? Well it did, using Silicon Technology Rare Studios had created a game on a 16 bit system that looked easily as good as anything on so called more powerful systems like the Atari Jaguar or the 3do. The gameplay was just as sweet, at its heart a simple pick up and play 2d platformer with an awesome 2 player mode where player one took control of Donkey Kong and player two took control of Diddy Kong (with the ability to tag in and out during a level). Donkey and Diddy are aided in their q 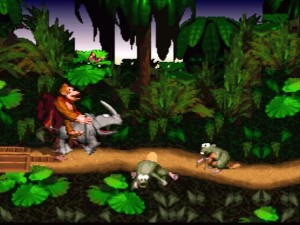 uest by some animals friends including a rhino, a swordfish and a giant frog and by george do they need them as towards the
end the difficulty is insane. Negatives? Not many, one thing is that sometimes you have too long between save points (especially on the snow levels where you need to complete 5 tough as nails levels before you can save your progress), but that aside a near perfect gaming experience. Whether you are playing on your own or with a friend this game is a classic and for me the best platform on the Snes. Must buy!