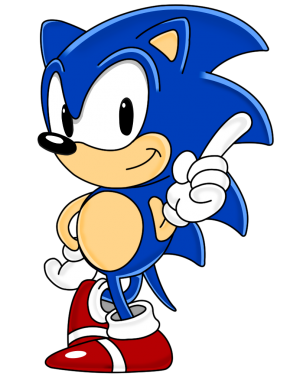 I loved Sonic the Hedgehog but Sonic 2 raised the stakes with its 2 player split screen mode.  I first played this sequel on a

Sega promotional bus touring the country and I was wowed by it.
My parents got me the Megadrive 2 and Sonic 2 pack for Christmas and I think you can work out what I spent my days playing.
The visuals on sonic where even sleeker and brighter that Sonic 1 and also tails or miles the fox come along to enjoy the adventure.  What was amazing about this was the added 3D levels to get the chaos emeralds on single player and on 2 player still play this and enjoy it!
Going onto the

multiplayer it was very addictive and the split screen level detail was almost the same as 1 player; there was a bit of slowdown occasionally when too many sprites on the screen but this didn’t stop the enjoyment.
This is still my favourite sonic even including the Dreamcast version Sonic Adventure.