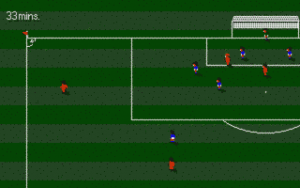 my favourite more than 20 years after first playing it. I first played Sensible Soccer when I picked up a copy of Amiga Format back in 1992 and played the demo version on the cover disc, you could only play one game (England vs Germany I think) but it was enough to know I had to but the full game. Gameplay is simply yet brilliant one button does all, simply tap the button on the joystick to pass the ball and hold it down for a shot. The g 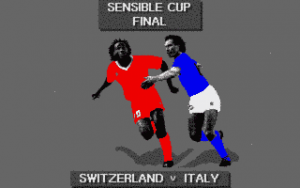 ame runs at a million miles an hour and is especially good fun with a friend. Later versions of the game improved things further by adding more teams and later a superb management mode (SWOS) but for me I always have maximum love for the original. Even if you hate football you will likely love this game as it is so much fun and so arcade like. A must buy!