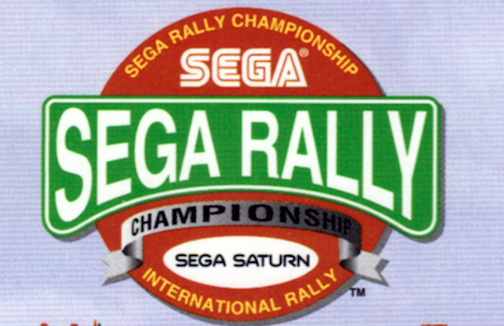 I first played Sega Rally at an arcade in Herne Bay around 1996, being a huge fan of both Virtua Racing and Daytona USA.  I was looking forward to trying AM2’s latest arcade racer. To my great surprise it surpassed any racer I had ever played before (even Namco’s Ridge racer another favourite). 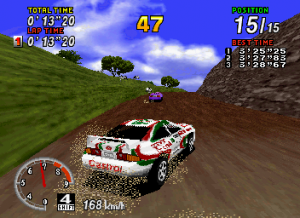 The handling on the game was fantastic, much less twitching than other racers of the time and graphically the game was lush, using the same graphics engine as the equally stunning Virtua Fighter 2. My friend’s from school told me about the planned Sega Saturn Conversion which was due later that year, to be honest I was not overly optimistic as the Saturn version of Daytona Usa looked like a dog’s breakfast. But I was wrong,somehow Am2 managed a near arcade perfect conversion with very little in the way of graphical glitches or slowdown. The Sega Saturn version for me is even better than the arcade as it has extra games modes, an extra track (lakeside) and not to mention the dreamy Sega Saturn 6 button controller (still my favourite ever controller). Overall not only is this my favourite arcade racer of all time but also my favourite Saturn game of all time, GAME OVER YEAH!!! 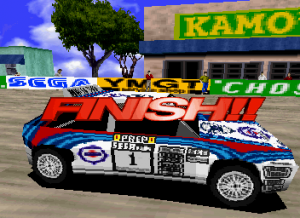