Skip to content
You are here
Published by
Namco Hometek Inc.

When I first heard that Sony were getting into the video 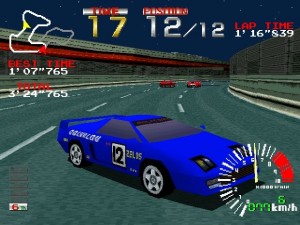 games industry with their Playstation console I was very skeptical. I felt that Nintendo and Sega were so powerful that no third party could compete, especially with the failures of the 3do, Atari’s Jaguar and Phillips Cdi console.

However, when I saw Ridge Racer being played on a Playstation on an episode of Bad Influence in 1995 I quickly became a believer. I could not believe that a home console could produce such incredible graphics and sounds, literally as least as good as the arcade machine which was released the previous year.

Infact, the Playstation version improved over the arcade version in several ways, including extra camera angles, the ability to play your own music cds during gameplay and 3 extra tracks (well 3 reworking of the same track at least). This game was 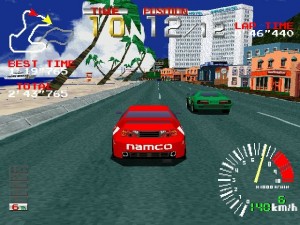 vitally important in the early success of the Playstation over the Sega Saturn, there were 3 sequels on the original Playstation and several more on the Playstation 3 and 4, all of them decent games but none could match the impact of this incredible title.