Crash Bandicoot was released for the original Playstation 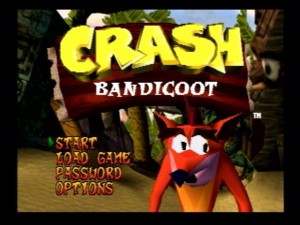 console in 1996 and was the first truly great platformer for the machine. Gorgeous graphics which mix up tradition 2d left to right and right to left platforming with 3d levels where you run into the screen or out of the screen (such as when you are chased by a massive dinosaur).

Crash controls like an absolute dream, the levels are very original and inventive and some of the boss characters are superb (like Papu Papu who is an hilarious obese native american chief).

At the time of release it was revolutionary, it made an instant star out of Crash Bandicoot who for a 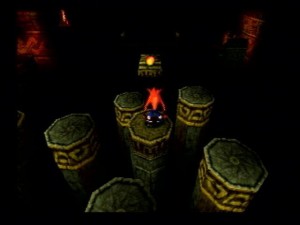 The early games in this series were made by Naughty Dog who would go on to make the stunning Uncharted series on the Playstation 3. Overall I would say that Crash Bandicoot is the very best platformer ever released on the original Playstation and is a must buy if you enjoy games from this genre.