CLASSIC ARCADE ACTION ON THE RUN!

Classic arcade action is unleashed  in Final Fight One. There’s trouble in Metro City. The members of the Mad Gear Gang have kidnapped the mayor’s daughter Jessica and the clock is ticking. The mayor, an ex-street fighter himself, calls in the big guns to help, enlisting the iron fist team of Cody and Guy. Now it’s a race against time to scour the city, defeat an army of the Mad Gear Gang’s minions, and rescue Jessica before it’s too late!

Final Fight was released on the Super Nintendoback in 1991, a conversion of Capcom’s excellent scrolling beat em up. This is a decent conversion but it is far from perfect.

On the positive side the game has superb graphics which are nearly as good as the arcade original (aside from having slightly smaller sprites), the gameplay remains fully intact simple and fun, the sound effects are fantastic and the controls are very responsive. 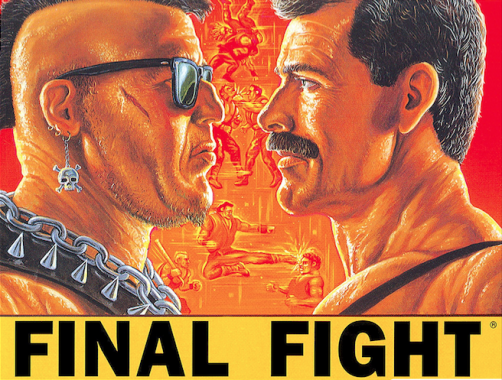 The purpose of the game is to clean up the streets of small town in the USA, a gang of thugs have kidnapped the mayor’s daughter and it is your job to get her back. This is where the negative’s of the game begin to shine through as in the arcade game there is 3 characters to play as. They include the mayor himself Mike Hagger, Cody (who is the kidnapped girl’s boyfriend) and a random guy named “Guy”. 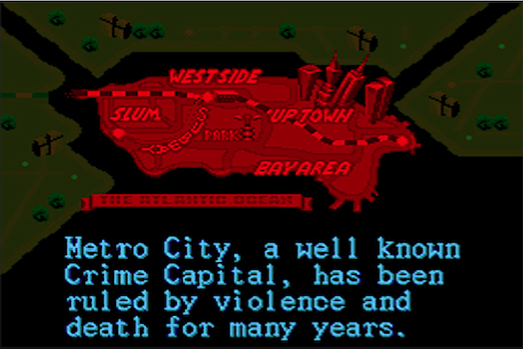 However in this version Guy is dropped, despite him being a fan favourite in the arcades. Also missing is the multiplayer aspect! The arcade game is best enjoyed with a friend but here it is one player only. 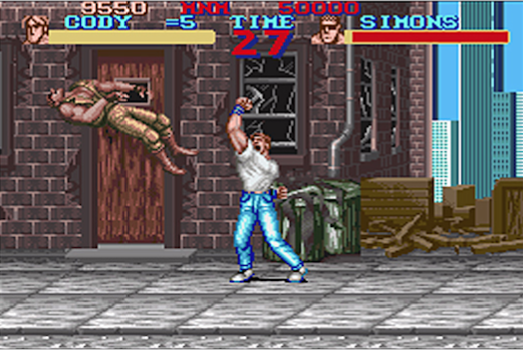 Finally there are missing levels and even worse they have taken some of the enemies out of the game which makes gameplay feel slightly repetitive in comparison. Overall I would recommend Final Fight to any die hard fans of this genre but if you expect the exact arcade version you will be disappointed! 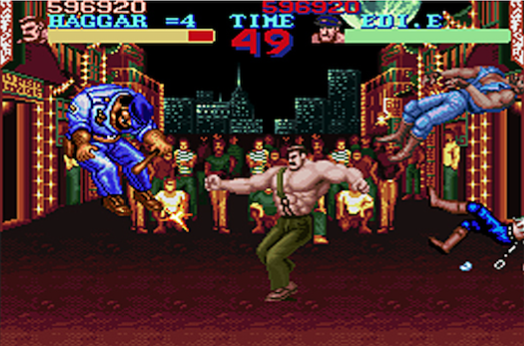