Now you can eat dirt on the road. Earthworm Jim, winner of the Die-Hard Game Fan’s Game of the Year, Game Player’s Ultimate and Electronic Gaming Monthly’s Genesis Game of the Year has wormed his way onto the Game Boy. This is the highest coversion from a 16-bit to a hand-held ever! Now the head swinging, blaze blastin’ action is totally mobile. So you can eat dirt everywhere you go! 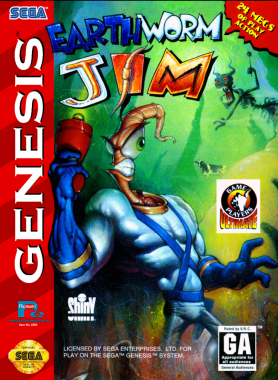 Firstly the game has several good points, including lovely graphics with very detailed sprites, amazing vibrant backgrounds and stunning animations. The sound is also excellent with especially impressive sound effects from Jim’s various weapons and power ups. There are also many laugh out loud moments during the game such as when Jim has to launch a cow using a branch and a fridge as well as funny moments fighting against evil crows and mental dogs.

However the gameplay itself is less impressive, the difficulty is very uneven. Even early on the game is incredibly hard with very hard jumps to overcome, way too many obstacles and spikes and almost impossible end of level bosses. I also managed to get lost in almost every level as the scenery looks the same. 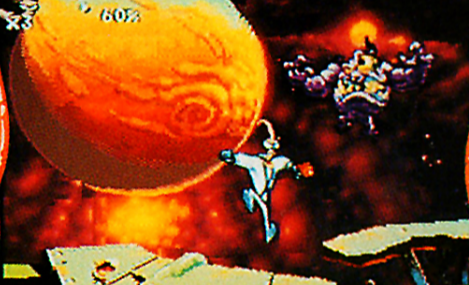 Finally, the lack of a password option is the killer blow, as you are forced to start the game from scratch every time you run out of lives which makes finishing the game incredibly hard. 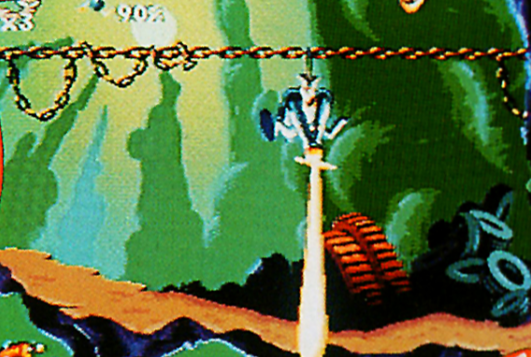 This game was also released on the Super Nintendo but as with all fast paced platformer’s I think the Megadrive version is superior. All in all I would recommend this game only if you are a massive fan of the genre and fancy a real challenge. 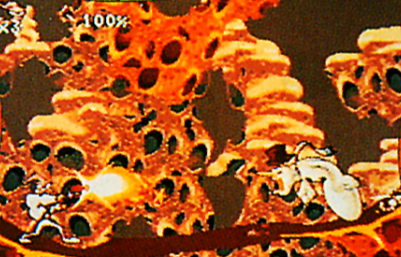