WeÂ’re ToeJam and Earl. And we ran into a small problem. More specifically, a large planet (I shoulda never let Earl driveÂ…). Help us hunt down the pieces to our rocket ship and weÂ’ll let you jam out some tunes on our megawatt rapmaster. Deal?

WeÂ’re bumpinÂ’ into some of the weirdest creatures in the universe:

. Boogie down with bewitching hula girls. Block a nerd herd. Or hurl tomatoes at a crazed dentist with a drill.

and scope things out. Or hang together to share your stuff. Pick up presents you can use Â– like wings, rocket skates and inner tubes. Or ones youÂ’ll wish you hadnÂ’t opened Â– like bees, tomato rain and school books. So grab a friend Â– or join the jamminest party youÂ’ll ever play.

No two levels are ever the same in any game. 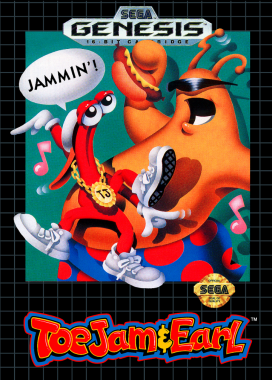 Still to this day Toejam and Earl is one the strangest yet fun games I have ever played.

Its set around 2 hip Aliens from the planet Funkotron.  The Story is Earl crashes his spaceship into and Asteroid and the ship crashes on planet earth.  And the aim of the game is to explore and collects 10 pieces of your ship in your attempts to get home. 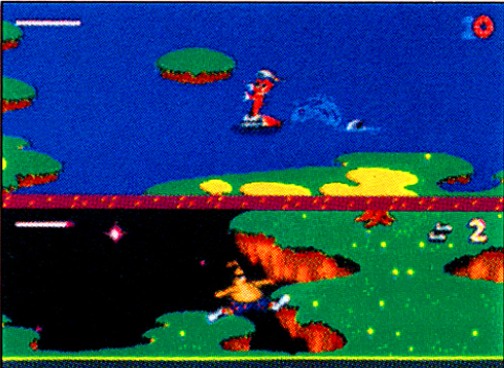 Many obstacles stand in your way on the hunt for your ship parts including Giant Hamsters, Ice Cream Tracks and Bogeymen to name but a few.

The game has fun playability and great soundtrack and also which makes this even more addictive 2 player splits screen.  The only part of this game that used to frustrate me was if you fall of the edge you get sent down to last level but overall great fun. 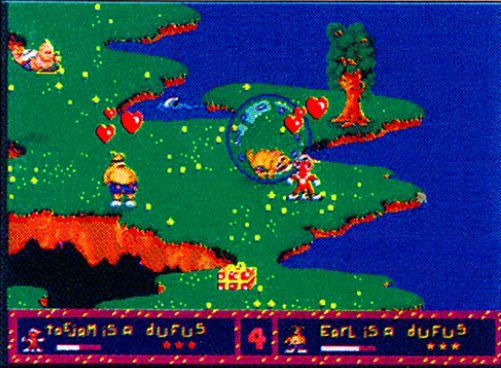 Click here for the interview with Toejam and Earl creator Greg Johnson. 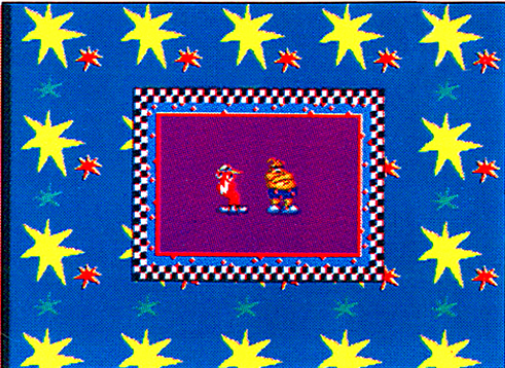