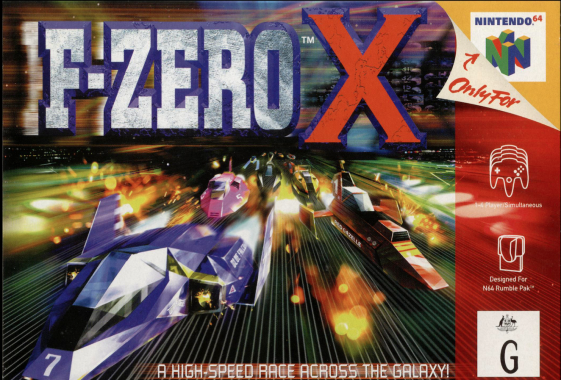 Racing in the future has become so advanced that the present day restrictions for driver safety are as valid as racing slicks. Genetically enhanced super-pilots thrash their supercharged, power-crafts in their desperate bid to advance their position on the roller coaster racetracks of the 22nd century. Each of the 30 machines hovers four feet above the surface of the track and are designed to exceed speeds of 1000 km/h within a few seconds. Only the most skilled pilots make the finish line alive….

Released back in 1998 for the N64 F Zero X is the superb sequel to the already excellent F Zero on the Snes. This game
maintains the insane speed and fun of the original  with many added features and improvements. 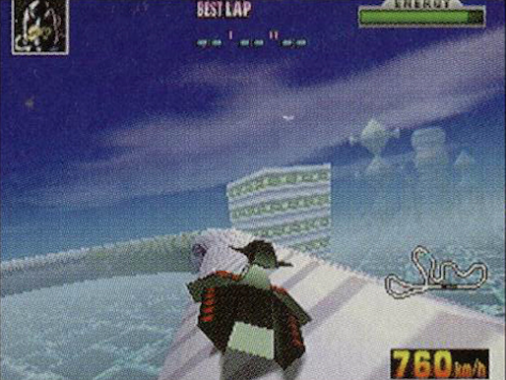 For example whereas the original game had very flat 2d tracks (understandable given the technology at the time) this game has insane tracks with loops, massive jumps and even bigger ramps, sometimes it is hard to keep track of which direction you are going in (in a good way!). 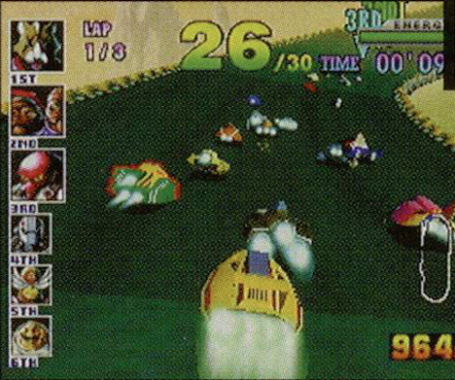 Another improvement over the Snes game is the amount of vehicles that can take part in a race. The original game had 4 vehicles maximum, but here it has been upped to 30! The speed of the game is even faster than before with lovely chunkier graphics also.

Finally, this game offers customisable options for each vehicle before the race. For example if the track is straight forward you can adjust your setting to increase the maximum speed of your spacecraft. Whereas if the track has loads of tight turns you can increase the acceleration to make the track easier to tackle.
Overall I think this game is just about perfect, it is such a shame that Nintendo hasn’t done anything with it as of late. Here is hoping that they might may a sequel or a remake sometime soon. 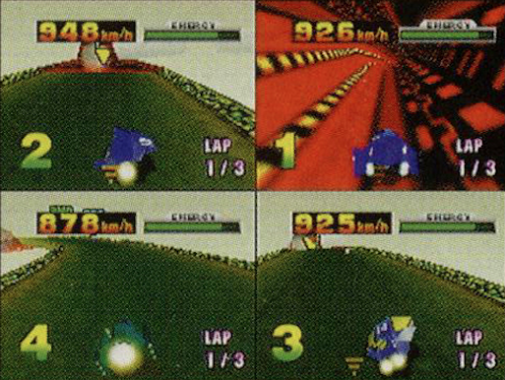