YOU WON’T BELIEVE THESE ARE JUST TOYS!

Every night at the stroke of twelve, the wind-up knight Pepperouchau and his world spring to life to the delicate singing voice of the Clockwork Fairy Princess. Suddenly, the Princess is kidnapped by a mysterious villain, and an evil spell is cast! Now Pepper must rescue the Princess before daylight… or there will be no tomorrow in this magical world of toys.

Being a huge fan of 2d platform games I was very excited to pick up a copy of Clockwork Knight when I finally bought my Sega Saturn. 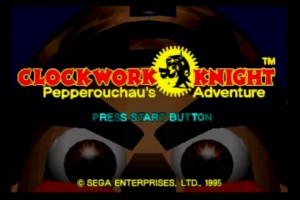 For the most part the game is excellent with lovely colourful 2d graphics, a charming main character (a toy soldier) and some very inventive levels, the game also benefits from an excellent control system courtesy of the superb Saturn control pad.
During gameplay you will encounter all manner of weird and wonderful things including toy helicopters, evil clowns (really creepy), jack in the box’s and killer robots. The end of level bosses are also excellent, especially an Optimus Prime style red transformer!
Any downers? The game is a little short and can be completed fairly quickly, the game also suffered from not being 3d. At the time of the 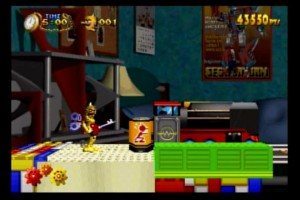 game’s release in 1995 everybody was going mad for 3d gaming and as a result game’s like this were sadly overlooked.
If you are a fan of the genre I would encourage you to check out Clockwork Knight, it is easy to find and available for less than a tenner.
Eric Bowden