Be Eric the hero. Crack codes, fire catapults, hypnotise teachers, trap rats and frogs. Complete the tasks and don’t go over 10000 lines and get expelled. The 80’s smash hit game Skool Daze has returned with all the characters and trickiness of the original. Skool Sucks! That’s it; I don’t need to say anymore. Ok, maybe I do. I guess you’re wondering what this game is. It’s the return of one of the all-time Spectrum classics “Skool Daze”. It was released in the 80’s. Yeah, you heard that right, probably before you were born! Spectrum? What’s that! It’s one of the first home game “consoles”, you know, the one with the rainbow and blue rubber keys! Anyway, I told you Skool Sucks, stop making me teach you things! Search for “Skool Daze” if you want to find out more about the original. Use a search engine; you know the one, Poodle. No, Snooggle. No Dooogle. Oh, you know what I mean. Meet the main cast:- Eric, Our hero! Teachers, The villains Boy Wonder, The good looking one Angel Face, The bully Einstein, The brains Hayley, The love interest The story unfolds over three difficult levels. Skool Daze. Back To Skool and Nu Skool. SKOOLDAZE In the role of our hero, Eric, you know that inside the staffroom safe are kept the school reports. And, being Eric, you realise that you must at all costs remove your report before it comes to the attention of the Headmaster. The combination to the safe consists of four letters, each master knowing one letter and the Headmaster’s letter always coming first. To get hold of the combination, you first have to hit all the shields hanging on the school walls. Trouble is this isn’t as easy as it looks. Some of them can be hit by jumping up. Others are more difficult. You could try and hit a shield by bouncing a pellet off a master’s head whilst he is sitting on the ground. Or, being Eric, you may decide to knock over one of the boys and, whilst he’s flattened, clamber up on him so that you can jump higher. 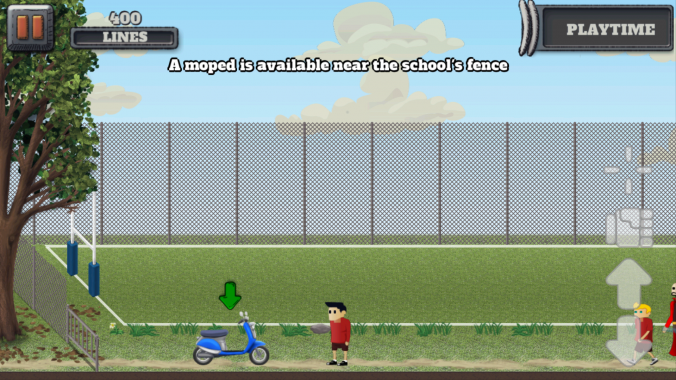 BACK TO SKOOL Having managed to steal your report during the last few skooldaze of term, you’ve spent the whole holiday forging teachers’ signatures and handwriting to make yourself look like the brightest, sweetest 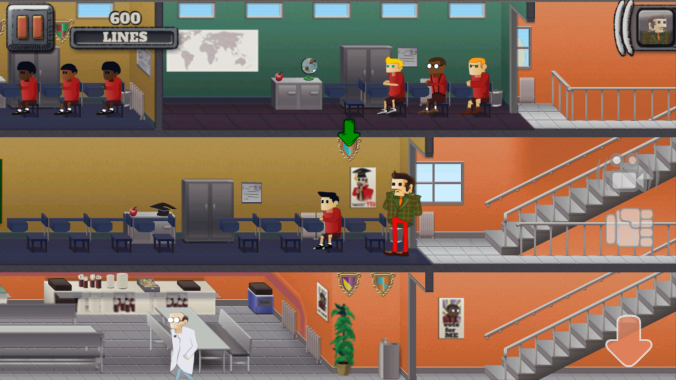