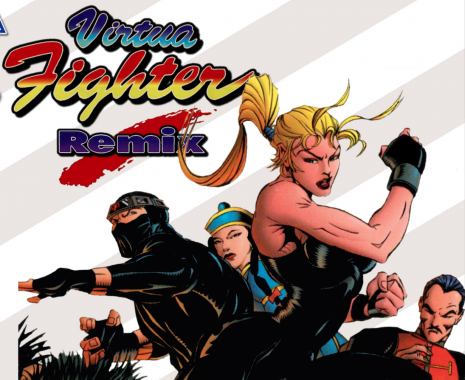 The original Virtua Fighter was released as a launch game for the Sega Saturn in 1995 (at least in Europe) and was very well received by gamers and critics alike.The basic gameplay was converted from the Arcade very much intact, the controls were even better due to the fantastic Saturn pad and the game even included some extra modes to improve the game’s longevity. 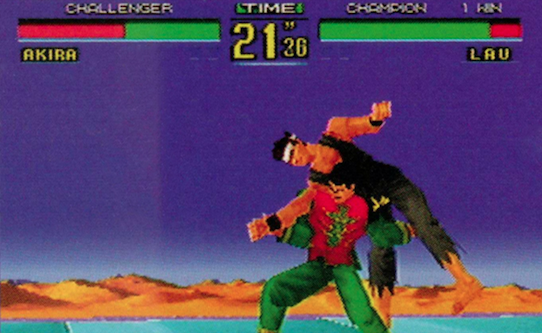 The one area where the game was criticised however, was in the graphics department. Whilst the game looked great in a magazine screenshot it looked a little poor at times during gameplay, this was due to the game being rushed to be ready for the Sega Saturn console launch and as a result the animation was a little jerky and often the body parts of the fighters would sometimes completely disappear.

Due to complaints from disappointed fans Sega decided to release an updated version of the game which would eliminate the graphics discrepancies and a few months later Virtua Fighter Remix was released. 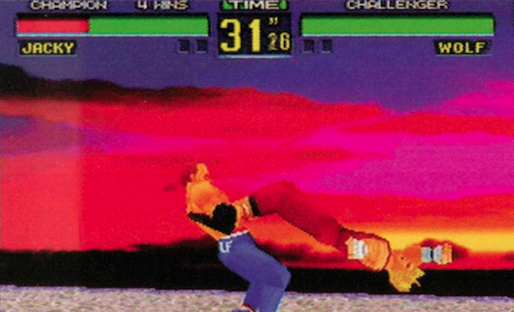 Virtual Fighter Remix improves the visuals enormously, firstly the jagged edges of the fighters has been smoothed over, the texture count has been improved adding more detail on the fighters, the backgrounds have improved colour schemes and best of all the animation has been totally redone and actually plays more similar to its direct sequel Virtua Fighter 2.

Would I recommend this game? If you have the original game already I would not but if you own a Saturn and are a fan of the genre then Yes I would. Sadly though this game is quite expensive to buy these days often selling for over £20 on various auction website.

One piece of trivia this game was given away for free by Sega to Saturn owners in America but sadly us European gamers had to pay £30, perhaps little wonder why everyone lost faith in Sega around this time.