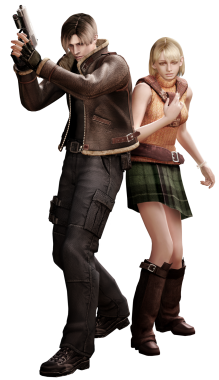 In the six years since the destruction of Raccoon City, the U.S. government has been able to exterminate the nefarious Umbrella Corporation. Now in 2004, players rejoin Leon, now a U.S. agent with a top-secret mission. His investigation into the abduction of the President’s daughter has led him to a mysterious location in Europe teeming with unimaginable horrors.

There isn’t enough space to say all of the good things about this game. Some of the previous games in the Resident Evil franchise could be a bit difficult to control. RE4’s smooth handling makes the game easy to pick up so you can quickly head out on your adventure. The excitement of the game, thanks in large part to the amazing sound effects and graphics, will have you on the edge of your seat. You won’t want to stop playing it for even one minute. 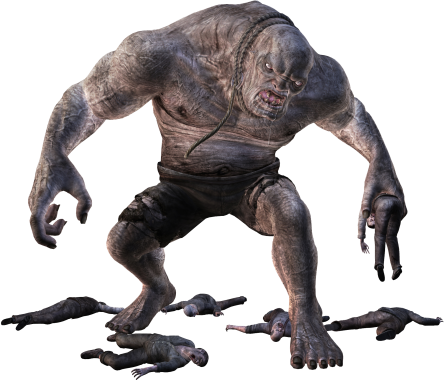 Welcome to Our Village! Enjoy Your Stay!

Leon’s sources lead him to an undisclosed European village. The villagers look like they came straight from a Renaissance festival gone bad, where they played the roles of the lowest class. With soiled clothes and mean looks in their eyes, they greet Leon with a friendly toss of a hatchet toward his head. It’s on.

Armed at first with only his lowly pistol and a knife, Leon fights off wave after wave of villagers, some wielding chainsaws. These villagers are toughest to kill, and you can literally lose your head trying to gun them down. Unless you’re packing a shotgun or another weapon that will separate the villager from his head, it’s going to take several good shots to slow these folks down. As you’ll discover later in the game, even a well-aimed head shot might not be enough.

What mostly separates the villagers from your run-of-the-mill Resident Evil zombies is that they have brains and will try to use them. Although some come at you with that empty-eyed, lamb-to-slaughter look, others act more crafty. They vary their rate of speed and dodge left and right to make you miss. In addition to their wily nature, the people of the town set bear traps and tripwires.

As Leon journeys through the different areas of the game, he meets up with a system of merchants who deal in arms. In exchange for treasures Leon finds and money he picks up for opening crates and killing villagers, the merchants sell everything from shotguns and rifles to rocket launchers. Leon also upgrades his weapons with the merchant. You cannot buy grenades from the merchant. Those Leon finds in his travels.

When the merchant offers a new set of weapons, he gives you a fair-enough deal for the weapons you’ve previously upgraded. Don’t be stingy on increasing the firepower and capacity of your weapons because you’re saving up for something better. Everything Leon owns must fit into his attaché case. He’ll need to buy the biggest one he can from the merchant, otherwise he’ll have to leave valuable ammo or healing herbs behind.

Since time is of the essence in Resident Evil 4’s confrontations, a weapon’s capacity must be upgraded. Reloading speed can be upgraded, too, but when Leon’s faced with 10 enemies ready to split him in two, he’d rather have the extra shells readily available. If the villagers get the best of him, Leon finds a save point everywhere he finds a merchant. There are some battles you’re not going to win the first time you try. Save often.

The game’s smooth pace can be credited to several things. You’ll never have to wait more than a few seconds for the game to load. To choose your weapon, hold L for the knife and R for your gun. The A Button shoots and B reloads on the fly. The camera stays in the same place for the whole game, right behind Leon. You’ll mostly use the C Stick to look up or down for crates and to aim your knife or gun at them.

You can call for your map on-the-fly by pressing Z. You can do the same with your inventory by pressing the Y Button. This action breaks away from gameplay and brings up your attaché case. After you select your new weapon, the game returns to the exact same point at which you left. So if Leon runs out of ammo and a villager is right in his face, press Y to give him a new gun (hopefully one that has ammo in it), return to gameplay and open fire. It will save Leon’s backside a time or two.

Too Many Mysteries to Unfold

Resident Evil 4 has so many twists and turns, it’s difficult to get into the game’s storyline without giving too much away. However, one thing that is constant is you will follow the storyline. Leon isn’t allowed to roam free through the game. Although the game follows a linear path, the difficulty, excitement and intrigue of that path makes it one you want to follow for a long, long time.

I have been playing Resident Evil since the original on the PS1 and did enjoy the first game although felt it a bit restrictive as most of the game was set indoors.

When Resident Evil 2 come out this all changed with a lot more outdoor interaction and more buildings to explore.

That was until the release of Resident Evil 4 when I heard this game was coming out I was not too excited but then I was treated to some screenshots and it did not look like the static backdrops of the past.

When I purchased the game I was not disappointed amazing graphics playability pushing the squeezing every bit of the Gamecube with amazing results!

I later replayed this in HD on my PS3 and this took it to another level again.

If you have not played this game please purchase on Gambecube, Wii or PS3 Store. 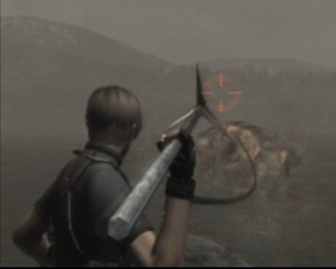 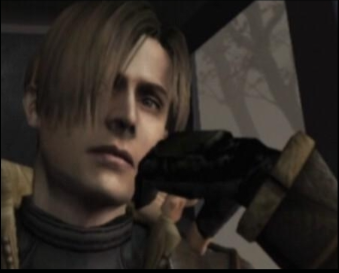 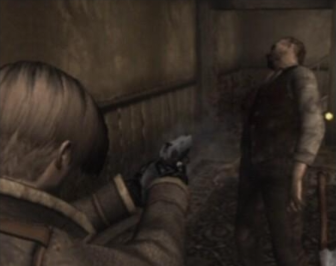