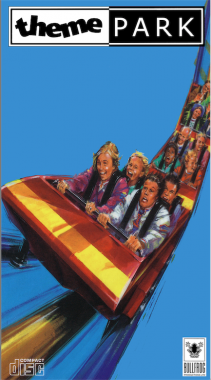 Released in 1994 Theme Park was a Resource Management game where you attempt to run a successful Amusement park. This game was released on many formats including Super Nintendo, Megadrive and even the Atari Jaguar but it is this version on the Amiga which I prefer (mainly due to the ability to use a Mouse and Keyboard).

You start off in Britain with a small amount of money to start with, you need to build Rollercoasters, Ferris Wheels and other rides to attract customers as well as providing Restrooms, Restaurants, Gift Shops and of course Garbage cans. You also need to employ staff to tidy up and empty bins, entertainers to amuse the children, handymen to repair and maintain equipment and security staff to deal with potential troublemakers.
You must keep a constant eye on the cash flow at all times to make sure you do not dip into the red or it could be Game Over! The goal is to make your park not only profitable but also very popular, if you can achieve this you can sell off your park and use the money to move abroad and build a bigger and better park. 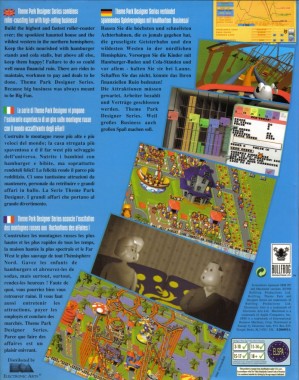 Any downers? Not many except that on occasion the game crashes and you lose any unsaved data. Because of this I would recommend you save your progress every 20 minutes or so to avoid too much frustration.
There is an upgraded version available for the AGA Amiga 1200, this version has slightly better graphics, faster loading times and crashes much less frequently. Either way whichever version you have this is a total classic!