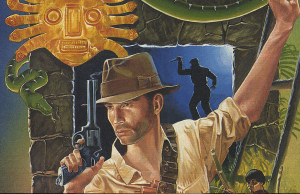 Released in 1989 Rick Dangerous is a tough as nails 2d platformer, essentially a spoof version of Indiana Jones this game has much to enjoy.

Firstly the graphics for the team period are superb! Chunky sprites and very detailed backgrounds make this game feel almost like a Saturday morning cartoon. The music and sound effects are also very good especially the noise when you die and respawn (you will likely hear this time and time again). 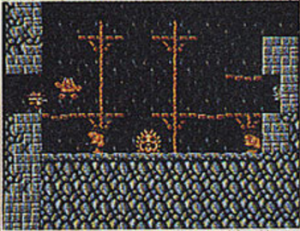 The gameplay is simple and fun with some fiendish level designs, the plot involves British Secret Agent Rick Dangerous trying to prevent the Nazi’s from launching a huge missile attack on London. To stop them he must travel around the world in order to foil their evil plans, his travels take him to the Amazon Jungle, Ancient Egypt and a Nazi fortified base.
Sadly after defeating the Nazi’s he then discovers that Britain is being attacked by Alien invaders (which is a bit of a shame). 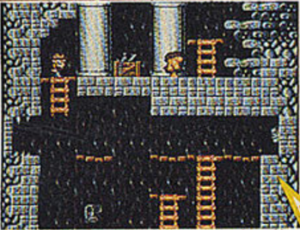 There are a few flaws which let the game down though sadly, namely the extreme difficulty. Indeed, often many of the traps waiting for Rick have no visible warning. This leads to trial and error where you are forced to complete a level via memory rather than skill.

Despite this I have no hesitation in recommending Rick Dangerous to any Amiga 500 Owners, there were 2 further sequels but the franchise has been dormant since 1991! Lets hope someone makes a spiritual successor on Kickstarter sometime soon.