Skip to content
You are here
Published by
Electronic Arts, Inc.
Developed by
DreamWorks Interactive L.L.C.
Released
Nov 10, 1999
Also For 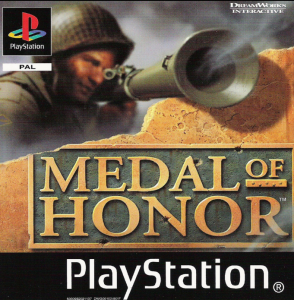 Released in 1999 for the original Playstation Medal of Honor is a top class first person shooter, this game was very much seen as Sony’s answer to the N64’s Goldeneye 007.

Set during World War 2 you play the part of Lieutenant Jimmy Patterson who must complete several key missions behind enemy lines on behalf of the OSS. The graphics for the time period are superb with a very convincing 3d game engine, the explosions are amazing and the enemy troops looked and moved like real soldiers.

The sound is also excellent with very meaty sound effects and superb voice samples (in both German and English), the controls are also very responsive using the now tried and tested system of using the left stick to walk and the right stick to aim. 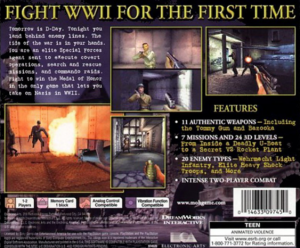 n addition to the excellent single player campaign there is a split screen 2 player death match mode where you can play against a friend on any map. There are also several playable characters to unlock including a German Shepherd Dog, a Velociraptor and even bizarrely William Shakespeare!

The only negative thing and it is hardly a deal breaker is that for some reason there is no blood! That aside this game is nearly perfect and I would recommend it to any fans of the genre.