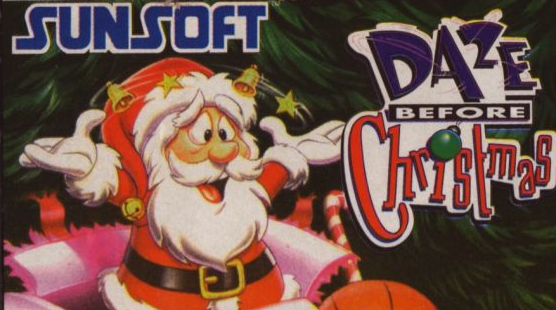 Daze before Christmas was a game that was originally released on the SNES, but was then released exclusively for the Sega Mega Drive in Australia in 1994.

Getting into the spirit of Christmas, I tracked down this game about a year ago and thought I’d give it a try.

During the game you play as Santa Claus as he races to save Christmas from an evil snowman who has imprisoned Santa’s elves and captured Santa’s reindeer. You go through each level collecting gifts and rescuing your helpers and reindeers, you can use magic or a bounce attack to defeat enemies.

You also take control of ‘Anti Claus’ – Santa’s evil twin.  After necking a cup of coffee you turn into an blue suited evil version of Santa and are temporarily invincible from enemy attacks but unable to collect gifts or use magic.

The game is typical for what you would expect from a Mega Drive platformer game. Repetitive music throughout the 24 levels of the game. Each level opening is represented on a advent calendar style window.

The levels break down from generic workshops to Santa flying around above Big Ben and the Statue of Liberty delivering presents to boys and girls around the world, and lets not forget the boss levels. The end of game boss will have you quivering in your Santa boots. A GIANT CLOUD BLOWING WIND AT YOU. OH NO!

Overall, this is a pretty decent platformer, and was extremely fun to play, and on a first casual playthrough collecting everything could take anywhere between 1-2 hours. The music are remixes of very well known holiday songs which you’ll find yourself singing along too! I KNOW I DID.

Happy Christmas to all, and to all a GOOD NIGHT <3 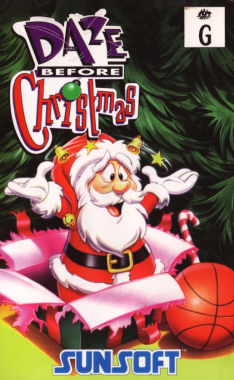