Tanglewood is a brand new and original game for the SEGA Mega Drive, to be released in physical cartridge form in winter 2017.

Set in the realm of Tanglewood, the game follows a young creature, Nymn, separated from the pack after the sun sets. Unable to get back to the safety of the family’s underground home, Nymn must find a way to survive the night terrors and get to morning. Tanglewood’s world is a dangerous one after dark; guiding Nymn you must use your skills of evasion, traps and trickery to defeat predators.

Tanglewood is a platforming game with puzzle elements, and can be described as a mix of the Mega Drive titles Another World and The Lion King.

The Windows/Mac/Linux versions are delivered in the form of a downloadable app, providing a close-to-authentic Mega Drive experience on your desktop without the hassle of setting up an emulator!

All reward tiers include a copy of the Windows/Mac/Linux version.

Yes! This is the real 16-bit deal, a physical cartridge that plays on your very own SEGA console.

It is compatible with SEGA Mega Drive and Genesis (PAL, NTSC and NTSC-J) console versions I, II, and III, and all compatible clones.

The ROM is compatible with most major emulators, but we recommend playing on a real console using a flash cart like Everdrive.

The prototype contains three acts from the first level.

The game is being created using original SEGA development tools, software and processes, and programmed in raw 68000 assembly language, just like your favourite titles of the ’90s.

It’s important to us that Tanglewood is as authentic a Mega Drive game as possible. We’re aiming to ensure that its journey closely matches that of original SEGA games, from the design methods, to the development hardware, all the way through to the materials and processes used to manufacture the cartridge, box and manual.

The earliest I remember was a leap-frog educational game for MS-DOS, but I can’t remember the name or much about it. Gaming really started with the Commodore 64 for me – I’d have been about 6 years old, and played Buggy Boy non stop for weeks on end. I also have fond memories of the arcades at Barmouth beach in South Wales, particularly Golden Axe and SEGA Rally. 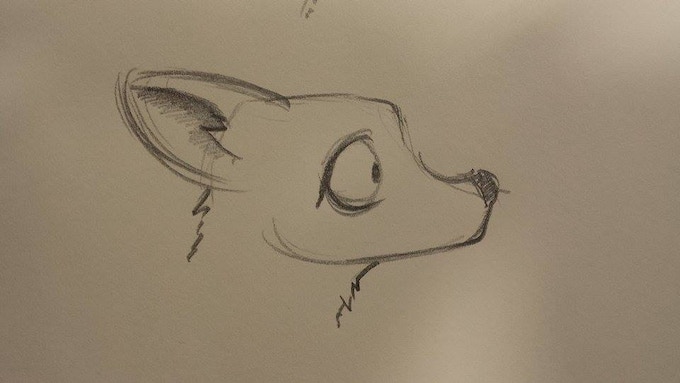 That would be the C64 again. The manual came with instructions on how to code in the BASIC language, and a tutorial for getting a hot air balloon sprite on screen. I must have programmed that thing in 20 times before I realised I could save my creations on tape! That’ll teach me to skim read the manual and go straight to the pretty graphics sections.

My games were really simple, text-based question-and-answer style things. I didn’t play any text adventures at the time so I thought what I was doing was unique – prompting the player to enter commands to move to a virtual room of the house, and pick up common objects – but a cousin of mine shot me down and showed me his entire collection of text games!

It wasn’t until I discovered DarkBASIC for the PC that I really considered games programming a viable career. With just a couple of lines I could load a 3D model (one that I could even create myself using TrueSpace!) and move it around the screen with the keyboard, and then the game ideas started flowing in by the bucket load. I never finished one properly, but I learned a lot.

As a kid it was purely BASIC in various flavours, or the dBase III language my Dad used on his work PC. I missed out on the assembly generation, my C64 didn’t have the tools and I never had an Amiga, which had the likes of DevPac IDE and a thriving 68000 developer community.

I wanted to learn C or C++ ever since I’d heard it was “the language” for games developers, from a BBC interview with the Tomb Raider developers talking about games piracy. I remember downloading WATCOM C++ 11.0 over dialup and getting in trouble for leaving the modem connected overnight! I tried very hard to learn the language, but I could only code a few simple tasks before falling over a hurdle. I studied the likes of the DOOM source code and various other free WAD-file renderers to get a grasp on the C language (and raycasting 3D techniques), but it never stuck. I even emailed the developer of a small-time dirt bike game that I’d found online to ask for some advice, but they refused.

Things started to stick in my head when I was given a C++ crash course during my school work experience, at a small software development company that wrote cash management and security programs for pub fruit machines. Just by having another human point at things and explain them in simple terms was a revelation; in two weeks time everything I tried learning previously suddenly started making sense, and I grew from amateur to expert in a relatively small period. From there I learned things like the Windows API, OpenGL, DirectInput, and my whole DarkBASIC games programming experience could suddenly be applied to this powerful language I’d been obsessed with over the years.

The two big problems were getting hold of the development hardware, and learning to code for the Mega Drive. The devkit is a very rare machine, and it took a lot of contacts and several years to find all the pieces for it, along with the discs, manuals, and a host PC that would work with it. It was also dead on arrival, which meant finding someone to repair it, too.

As for coding, there were a few tutorials online teaching some basics of the 68000 language, how to initialise the Mega Drive, and separate bits about the input, graphics and sound, but no one place that brought it all together into a usable game engine or simple demo. I started it all again, line by line, and kept a blog of my learning experience to file everything I’d discovered together in one place. After a couple of years, I eventually ended up with a simple but extendable game engine that worked.

The plan is to create an HD re-release of the game for modern consoles, and that’s a cycle I’d like to continue with further games – I’ll be creating a boxed Mega Drive version of every game, followed up with a HD re-release. I’ll also spend some considerable time improving the tools and engine, and will eventually release the source code along with a demo game to help others continue the trend. 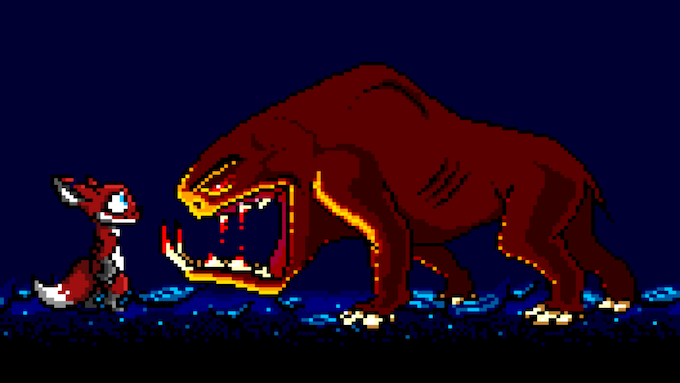 I worked on 13 LEGO titles, programming the audio and special effects systems, and more recently, gameplay programming on Homefront: The Revolution. I also ported TimeSplitters 2 to PS4 and Xbox One, for Homefront’s in-game arcade machine. I’m quite proud of that one.

During University I made all sorts – a submersible vehicle combat game, a 2D vertical shooter, a puzzle game featuring the little Fuzzls creatures that are now in Tanglewood, and lots of tech demos and engine test games. I wish I’d have kept some of the things I created with DarkBASIC as a kid, I bet they were hilariously terrible.

I guess my first laptop was my favourite computer – it was a refurbished Panasonic 486, my first PC with a colour screen and a CD-ROM drive, running Windows 95. It served up my first DOOM experience, something I’ll never forget until the end of days.

As for console, the Mega Drive for me, too. My fondest gaming memories lie with that machine, I’d rush home from school and throw my bag down the hallway to play it as fast as I could.

Sonic 1 holds the top spot. It was my first MD game and the one I spent the most time with. I’ve lost count how many times I’ve completed it, trying to get all Chaos Emeralds in record time, beating Robotnik without touching the floor, and I tried every quirk and technique I read in magazines and heard from friends. It was a game that resonated with my family, too. I have fond memories watching my sister give it a try, and her first attempt to finish the first act took about 20 tries, to much ridicule. I was a mean big brother.

I have a PS4, and currently I’m obsessed with Overwatch. Not voluntarily at first, I live with a passionate crowd of Blizzard fans and they wouldn’t let me get away without giving it a try. I’m glad they persevered, I haven’t enjoyed a game to this extent since The Last of Us.

A game I played as part of University research on controversial games, I think it was called Ethnic Cleansing. The less said about it, the better.

Take a look at Coffee Crisis – a Genesis game about coffee and metal! An interview with the devs would be amazing. I’d love to hear their approach to coding for the system!