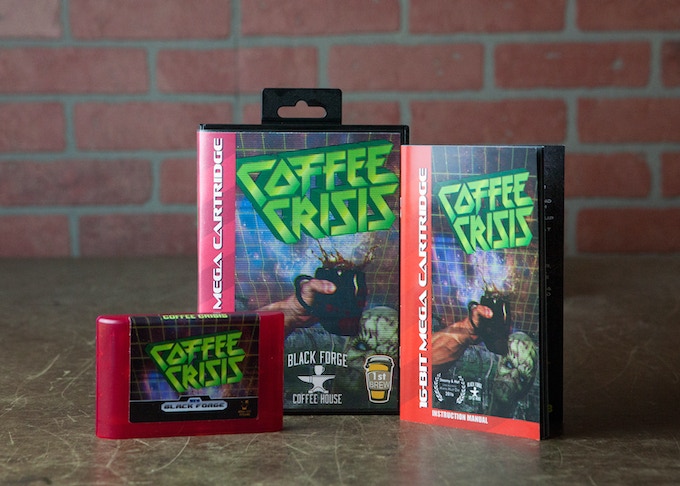 Coffee Crisis is a Sega Genesis arcade-style beat ’em up brought to you by Mega Cat Studios. We are pushing the console to its limits with beautiful remastered 16-bit hi-definition graphics.

The Smurglian race has come to Earth and they’re not leaving until they steal our four most prized commodities: our metal music, the best coffee, cat videos, and all of the WiFi. Challenge them through unique and innovative levels inspired by real-life areas (except for the Mars stage – that’s just Will’s imagination), on a retro platform that needs new games like Earthlings need WiFi, the Sega Genesis. Join Black Forge Coffeehouse baristas Nick and Ashley, two galaxy gladiators called to arms to stop this madness and remove the Smurglian threat from Earth. 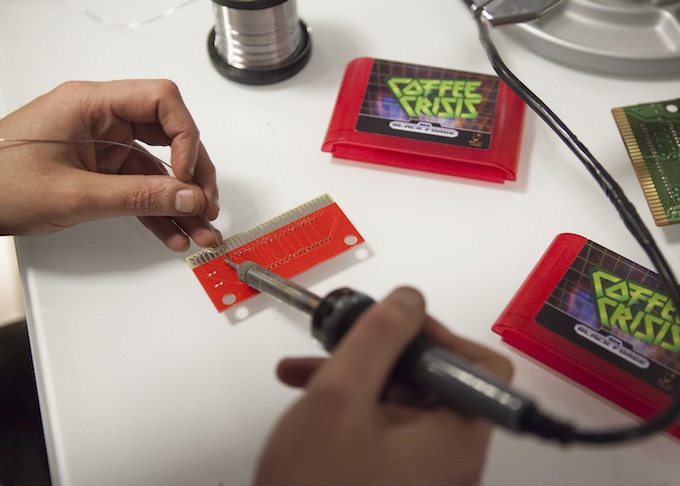 The Smurgliens can have the Kid Rocks, Coldplays, and Linkin Parks… but if you don’t help our heroes fend off against the alien-assimilated elderly, bros, cowgirls, and country western singers, who knows what could happen!

Let’s get started taking you through a tour of the behind the scenes of this beat ’em up.

Being amazed by playing Sonic 1 and being unable to beat Dr. Robotnik on level 3.

Playing and loving that era of games from the 8-16 Bit years of classic gaming. 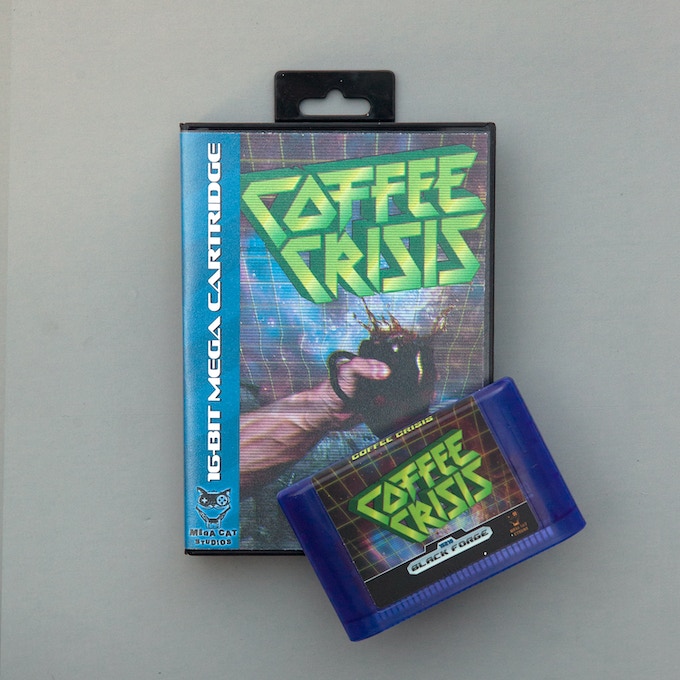 C, ASM, and Unity are our primary dev environments.

Technical limitations are the constant driving factor and hurdle for anyone working with older games.  It’s what we take pride in as a group working through and creating.

We’ve all been working together casually for awhile now, independently.  A sense of community is something we all wanted to expand.  Working together on a project, contributing and collaborating in a group pushes each of us individually harder, higher, to see what we can really do.  2016 is the official beginning of Mega Cat Studios!

I grew up a tried and true Genesis fan.  I strongly believe in the one Genesis for every home campaign.

Picking one is always such a challenge.  If I were to pick one…I’d have to say anything that’s not Shatterhand.  Does that count as an answer?  I’m looking at you, Andrew!

I do – although I find that I spend a lot of it playing Indie games.  As far as large releases from AAA studios go…I’d have to say I’m a Wii U fan there.  The classic Nintendo first party games are still great couch co-op games, and I really enjoyed the new Smash.

Sometimes the worst games are so bad they become funny because of the incredible imbalances and lack of attention to detail.  Worst game….let’s go with older wrestling games that don’t include Hulk Hogan.  It’s just a missed opportunity.  He’s a real American Hero.

You guys have to check out what Big Evil is up to with Tanglewood.  See the kickstarter here: https://www.kickstarter.com/projects/63454976/tanglewood-an-original-game-for-the-sega-genesis-m