Andrew Hewson’s companies famously discovered and promoted legendary developers like Steve Turner, Andrew Braybrook and Raffaele Cecco. Now, with the discovery of a new bedroom coder talent, Jonathan Port, a new shoot ’em up classic is about to be born.

Hyper Sentinel is a love letter to old school arcade action and the computer shoot ’em ups of the 1980s, enhanced with its own unique style of fast-paced, skillful blasting.

The Sentinel is the most advanced hyper-drive equipped fighter in the fleet. Designed to launch a surprise attack on the Alienoids’ most feared space destroyers and to outmanoeuvre their defences, only the most skilled pilots are capable of operating it.

When used wisely, these power ups can transform your fortunes in battle. They will vanish quickly, but that’s where the Sentinel’s boost engines come in handy.

Some intelligence on the Alienoids’ defensive capabilities has been obtained, but it is limited at best. Study the following information carefully, but be prepared for the unexpected.

A side scroller with a difference, the action isn’t traditional conveyor belt format, instead you can navigate your space shuttle back and forth through the level. This means enemies ships don’t just fly past, you can follow them and hunt them down. 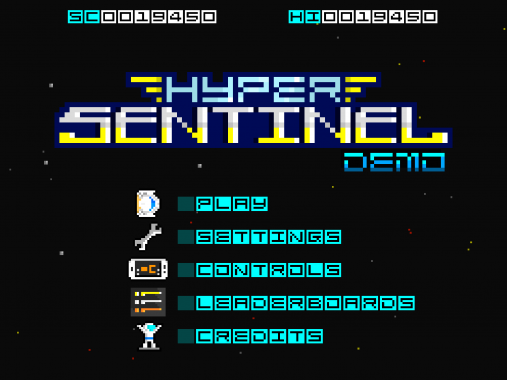 Difficulty ramps up gradually through the levels, giving you a good opportunity to clear a couple of stages early on. 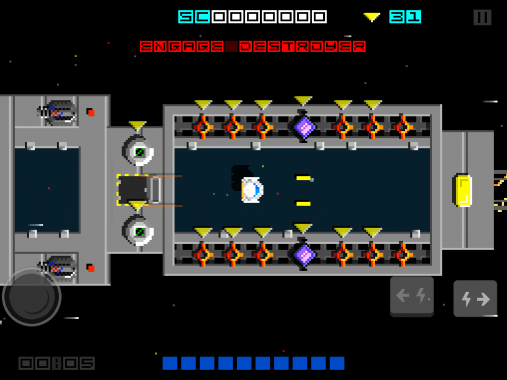 Evocative 8-bit audio, transporting you back to that 80s after school feeling. 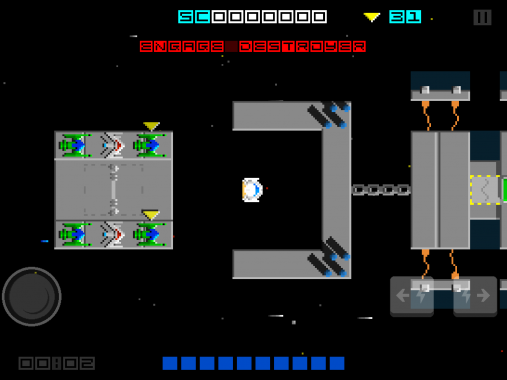 Innovative control system on the iPad with y-axis on the left thumb, x-axis and fire on the right.